T-Mobile customers may or may not be using the company's official Android app, which allows users to view remaining minutes and data, pay bills, and manage their accounts  - since the company has been attracting so many "bring your own device" customers lately, they might not even be aware of it. But the My Account app is due for a substantial update very soon, at least if a newly-leaked APK file is anything to go by. After an employee tipped the new app for a December 10th launch (which obviously didn't happen), posters at the T-Mobile Reddit page have been dissecting a leaked version; that's where the screenshots below came from. 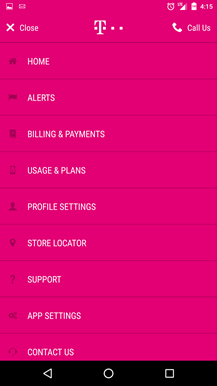 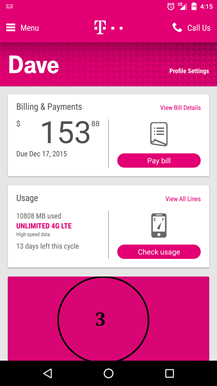 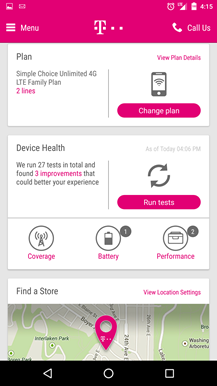 One of our readers was kind enough to upload it to APK Mirror so other T-Mobile customers can check it out. The entire app appears to have been rebuilt from the ground up, with a new (and extremely Magenta(trademark)) user interface and structure. All of the usual carrier app features are here, notably a data meter and bill pay function, plus a store locator, a tie-in to T-Mobile's customer support, and the "device health" function that's part of the current app. T-Mobile customers on Reddit say that the app isn't quite ready for primetime, with customer usage data that doesn't match up with the numbers on T-Mobile's website and some missing maps functionality, but then this isn't being presented as a consumer-ready app after all. Some phone models simply can't open the app's tools. 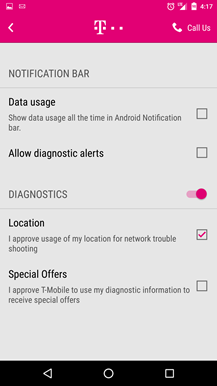 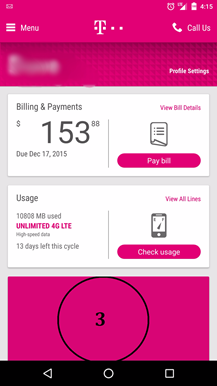 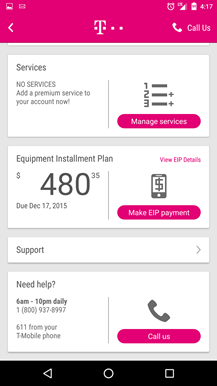 The APK file is available for download below, but again, I'll stress that T-Mobile clearly isn't done with it, and apparently it would be a mistake to rely on the app's data monitor feature for the time being. Expect to see a final version pop up on the Play Store sometime in the next few weeks.

The APK is signed by T-Mobile and upgrades your existing app. The cryptographic signature guarantees that the file is safe to install and was not tampered with in any way.