Version 1.40 of YouTube Kids, Google's way of getting your children hooked on video clips from a young age, doesn't want any youngster missing out on what's going on outdoors. Encouraging them to look away from the screen would be too risky, so instead YouTube Kids now has a winter-themed homescreen. Look at the snow, and imagine the cold.

The latest version doesn't stop with snowflakes and comes with a feature that you may still appreciate in the spring. You can now adjust the homescreen to provide content aimed at preschool or school-age children. This way your kid who has already mastered counting and tying their shoes can skip the flood of adorable little cartoon characters singing songs. Instead they get to watch "big" kids going on adventures doing whatever it is that preteens do on TV. 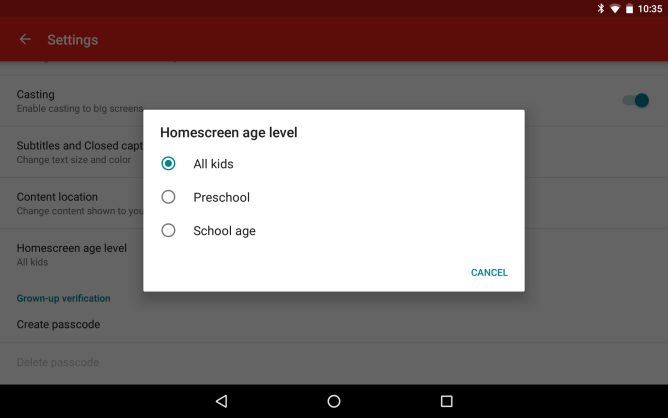 Once your kid gets hooked on a video, they can easily find the content again later in the new Watch It Again tab. Think of it as YouTube history for small people, a reminder that Google keeps up with everything your kid has watched since the moment they learned how to hold a tablet.

The update is live in the Play Store, but if you need another option, you can also grab the file from APK Mirror.