It's official. Google has announced that Play Music family plans are arriving in the coming days in Australia, Canada, France, Germany, the UK, and the US. They will let account holders share music with up to five other family members for a cost of $15 a month.

We first caught wind of the details surrounding Google Play Music family plans back in September, shortly before Google made its official announcement. We've been playing the waiting game ever since.

Family plans will work on Android, iOS, and the Web. They also give each member access to YouTube Red, but only in the US for now.

Here in the US, the Play Music app already has an updated changelog in the Play Store. Weirdly, it's showing that plans can only be purchased on an Android device at this time.

Note: The Google Play Music family plan can only be purchased on your Android device. 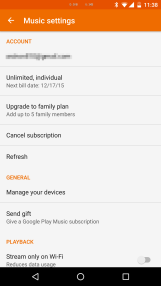 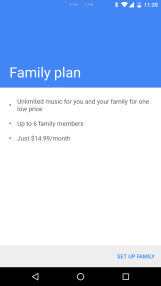 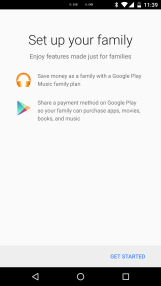 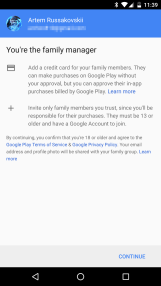 [Deal Alert] Declare A Truce In The War For The USB Port With This Tronsmart Quick Charge 2.0 ...