It's officially the Christmas season, and you know what that means: holiday meals with family, fruit cake, and terrible gifts. I mean, there are probably (hopefully?) going to be some good gifts, too, but there will almost definitely be some terrible ones. Whether it's that out-of-touch aunt who thinks you're still 12, or that one relative who always buys you something even though they know nothing about you, there will definitely be some crap gifts this holiday season. I can't wait.

The good thing about gifts you don't actually want is that they oftentimes make excellent gifts for someone else. Yeah, I'm talking about re-gifting. Basically everyone has done it — you get something that's just not your style or you have no use for, so you pawn it off on someone else (who also probably doesn't have a use for it). There's really no shame in re-gifting…assuming you don't forget who gave it to you in the first place and accidentally give it back to them. That could get kind of awkward.

But this holiday season, AT&T wants to hook you up with some deals that no one would want to re-gift, like Samsung Gear VR for $99. A Gear S for just a dollar with a two-year agreement. A Galaxy View with 4G LTE for $99 when you sign up for DirectTV. With the View's 18.4-inch display, you're basically taking a TV with you! That's neat. And really, that's not all. AT&T has a ton of other things going on for the holidays—check out the full gift guide here. 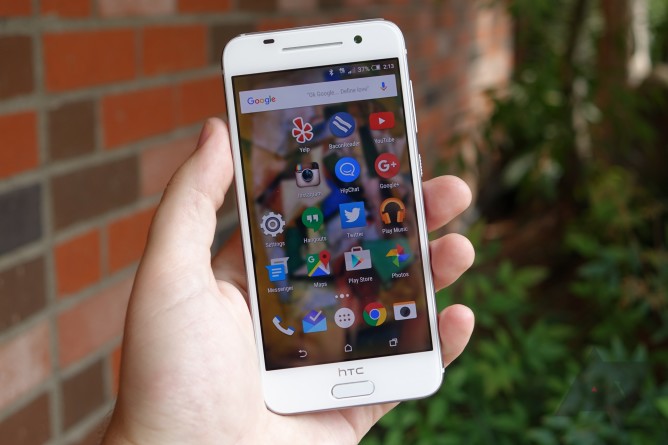 But for you guys, AT&T hooked us up with a free HTC One A9 to give away (which is really the reason you're here, right?) as part of the #ATTGiftSweeps. This phone is a pretty big deal for HTC—it's the company's first Marshmallow phone. And even David said it was "pretty, pretty, pretty good." Pretty good. What more can I say? It got the Ruddock seal of approval. That's an impressive feat in its own right. You can check out his full thoughts on the A9 here.

This giveaway begins now and will run for one week. It ends on Monday, December 14th at 11:59 PM PT. Good luck!

PSA: Manually Assign Any Coordinates As Your Home Or Work Address In Google Maps And Google Now

PSA: Easiest Way To Install APKs From APK Mirror On Your Android TV? Favorite The Site In ES ...