This is the cheapest Pixel device Google has ever released, but it's not a laptop. It's a tablet, and instead of Chrome OS, it runs Android. But the hardware design will still look familiar to anyone who has followed Google's previous in-house efforts. The slate is made of aluminum, and the 10.2 screen packs 308 pixels into every inch.

To give the Pixel C that laptop feel, you need a keyboard. The magnetic keyboard Google showed off in the announcement is now shipping with a $149.99 price tag. The extension draws power from the tablet, so you shouldn't have to charge it directly. 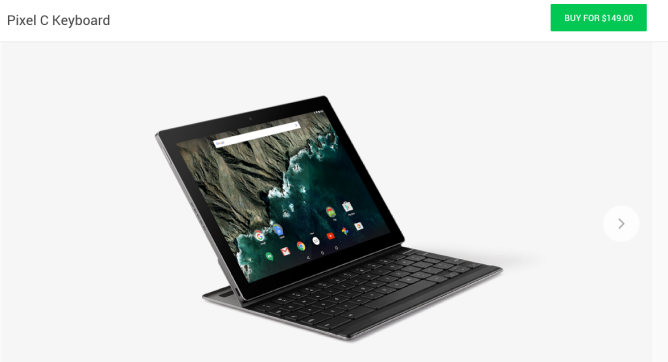 The Pixel C moves the navigation buttons around, placing the Back and Home buttons on the left and Recents on the right. These changes aside, you're still looking at running Android on a 10-inch screen. Google hasn't done much to improve that experience, so keep that in mind as you hover your mouse over the buy button.

[Non-US Only] Age Of Empires: World Domination Soft Launches In The Play Store For Certain Countries

The Latest Version Of The Google Play Store For Android TV Brings Back The 'Update All' Apps ...