Talk of Age of Empires coming to Android has existed around the water cooler for over two years now, since Microsoft gave developer KLad license to make games with the property. We expected something to arrive long before now, but we understand. Sometimes resources take a while to gather, and you don't want to move with an army that's unprepared. But the time has come, and Age of Empires: World Dominance has now invaded the Play Store. 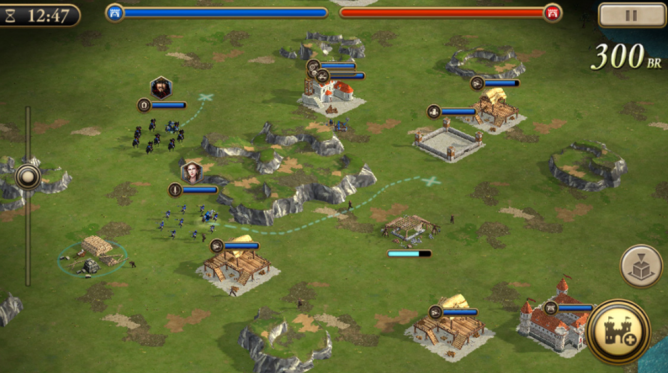 Thing is, it's still making its way across the planet. Given the superpower status of the United States, it has decided to start elsewhere. Those of us in the States can see the Google Play page, but the app shows up as incompatible with all of our devices.

The game's Facebook page lists the title as only available in specific countries, but it doesn't say which ones. Touch Arcade reports Singapore and the Philippines.

Should the rest of us lean forward and refresh the page constantly? Probably not. Age of Empires: World Domination is a free-to-play title with in-app purchases. The Facebook page promises 100 gems just for logging in between now and December 14th.

The title appears to draw inspiration from Clash of Clans, which, you know, drew inspiration from the likes of Age of Empires. Funny how these things work out. Okay, no, it's not funny. It's actually kind of depressing. But we'll try to reserve judgment until we see more.

PSA: Easiest Way To Install APKs From APK Mirror On Your Android TV? Favorite The Site In ES ...