Android One users are a lucky bunch. They usually buy their devices for very affordable prices and still get timely updates like Nexus phones. Android 6.0.1 isn't an exception to the rule, as Micromax A1 users are starting to see OTA update notifications pop up on their screens.

This isn't the first instance of 6.0.1 on Android One though. About 2 weeks ago, Philippines' Cherry Mobile G1 got the update over the air, and now the Micromax A1 is following suite. Nexus devices saw their factory images released yesterday, and One devices should expect the same features this little update brought: "Until next alarm" in the Do Not Disturb mode and most importantly plenty of new emojis. 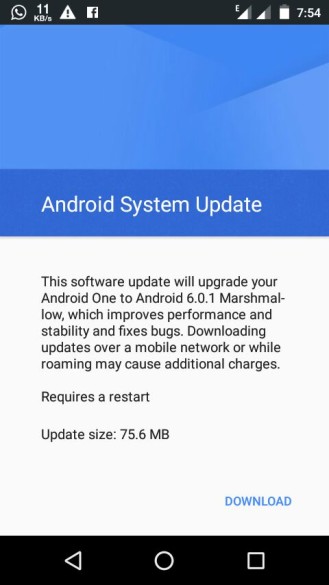 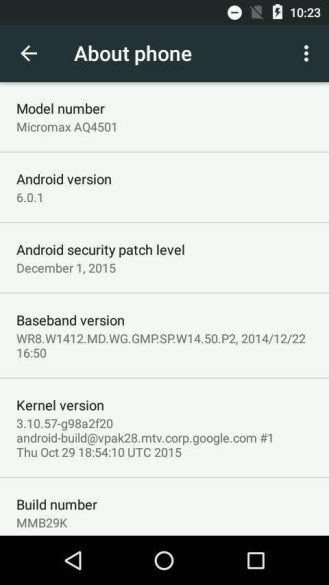 So far we've only seen reports of the 6.0.1 OTA hitting these two Android One devices, but others should start following them soon. The update appears to be around the 75-85MB mark depending on your phone.