Mailbox began as a third-party iOS email client from developer Orchestra. Mailbox was only in the App Store for a month before Dropbox acquired its creators. Over twelve months passed before an Android version became available. It will have lasted less than two years. 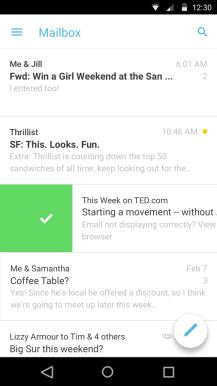 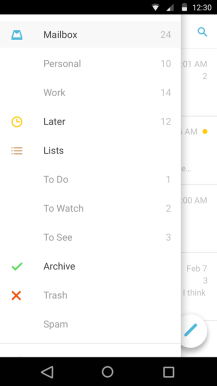 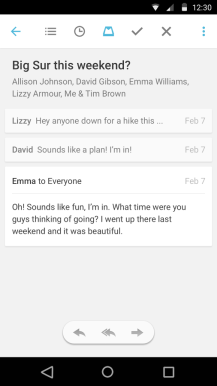 In a blog post, the Mailbox developers expressed that there was only so much an email app could do to fix what sucks about email.

When the Mailbox team joined Dropbox in 2013, we shared a passion for simplifying the way people work together. And solving the email problem seemed like a strong complement to the challenges Dropbox was already tackling.

But as we deepened our focus on collaboration, we realized there’s only so much an email app can do to fundamentally fix email. We’ve come to believe that the best way for us to improve people’s productivity going forward is to streamline the workflows that generate so much email in the first place.

On February 26th, Mailbox will return snooze messages back into your inbox. Mailbox's labels will continue to exist in Gmail and iCloud, where you can rename them. For more details on what to expect, there's a FAQ.

Carousel launched as an alternative way to interact with the photos stored on Dropbox. The company says the majority of its users continued to view their images inside the main app, so it's getting rid of the alternative option. In the future, Dropbox plans to incorporate some of Carousel's features into the core app. 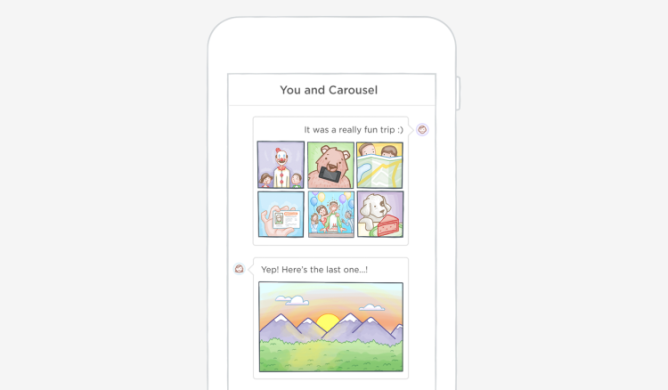 Despite how this looks, Dropbox is not backing away from the prospect of doing more than storing files. The company says it will take the experience gained from Mailbox to build other ways to communicate and collaborate, specifically mentioning its upcoming Google Docs competitor, Dropbox Paper. The question is, will you trust the service to keep running?

Google Authenticator Finally Dragged Out Of The Holo Dark Ages With A Material Overhaul And ...