Are you noticing muted colors or unusual artifacts when watching video on your Android phone or set-top box after upgrading to Marshmallow? You're not alone. Dozens of users across several devices are complaining of muted colors after upgrading to Android 6.0. On Google's own Nexus help forum and Android issue tracker, plus less centralized places like XDA and Reddit, users are complaining of similar problems after the update. 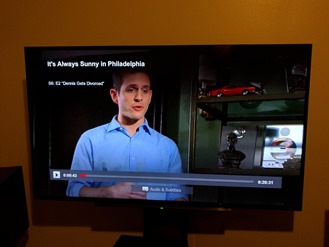 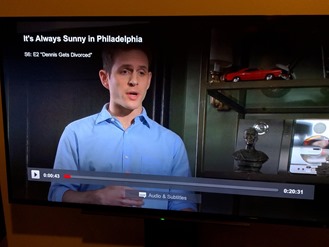 The photos above were posted to code.google.com by a user with a Gmail address (#12 in the thread). The difference in black levels between the first image (video from a Nexus Player running Android 5.1.1) and the second image (the same device running Android 6.0) is obvious.

The problem seems to stem from an artificially reduced RGB range after the update: an internal setting may have switched the Nexus Player from a full RGB display (with values from 0 to 255) to RGB Limited (16-235). That makes displaying "true black," at least in so much as it's possible with most televisions, impossible in the video player. This is a particularly vexing problem for anyone with an OLED television or screen, as that technology's ability to display true black by physically turning off a black pixel is one of its biggest strengths.

Some Nexus 5X and Nexus 6P owners are reporting similar issues, though those phones shipped with Android 6.0. A Google employee replied directly to the issue tracker thread, saying that they're aware of the issue on all three pieces of hardware:

Hey everyone, We understand the severity of this issue. It's a widespread problem impacting all Nexus Players on 6.0. We're working as fast as possible to resolve it.

We also noticed similar problems on Nexus 6P and 5X, as reported in #14; however, those had a different root-cause. Those have been fixed internally, and will be included in a future MR.

So, yes, it's a real problem, and yes, Google is aware of it. It doesn't seem to be universal (my Nexus 6 is running 6.0, and I can see true blacks on its AMOLED screen just fine), but for those experiencing it, it's no doubt very frustrating. Look for an over-the-air update to fix these problems, hopefully along with the next incremental build.

Google Search On Android Gets A Few New Contextual Bells And Whistles For Movies, TV Shows, ...

[Weekend Poll] Are You Using Google Now On Tap? How Often?