Ready to hit the slopes and fall down a lot? Then I have good news—Snowboard Party 2 from Ratrod Studios is now available on Android. The first Snowboard Party was hugely popular, and this one looks like an upgraded version that kept all the good parts of the original. Although, it also kept the in-app purchases. Snowboard Party 2 is your typical score-attack stunt game, but there are over 150 levels and a ton of achievements to collect. There are a few different game modes including freestyle, halfpipe, and big air. The goal in all of them is to pull off tricks that boost your score and add experience points. The controls make it easy to start pulling off big tricks right away, so no tedious learning process.

Over time, you'll unlock more gear and abilities. If you want more experience... well, the game will sell it to you for cash. "Special items" are also available for money. It's all optional, but I'm sure some players will still be annoyed after paying a few bucks for in the first place.

The visuals are a big improvement over the original, and there's still a cool soundtrack. Though, I should point out (angrily) that the game is stretched on 4:3 screens. How are developers still screwing that up? 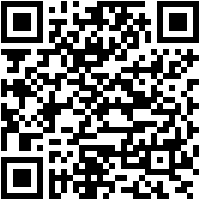 The Turing Phone Is Being Delayed—Folks Who Don't Cancel Their Pre-Order Will Get A Free ...