It really stinks when you've been saving up your Google Opinion Rewards money, but you're just a few cents short of buying something. Google has not thus far allowed you to apply that credit and pay the difference, but it looks like that's changing. We've gotten multiple tips from readers who have been offered just that option in the Play Store.

The current official behavior when you don't have enough in Google Play balance to cover a purchase is to force you to use a card, PayPal, or carrier billing. However, some users are now being offered the option to apply their credit to such a purchase. It's a checkbox on the purchase screen, so it's easy to toggle on and off. 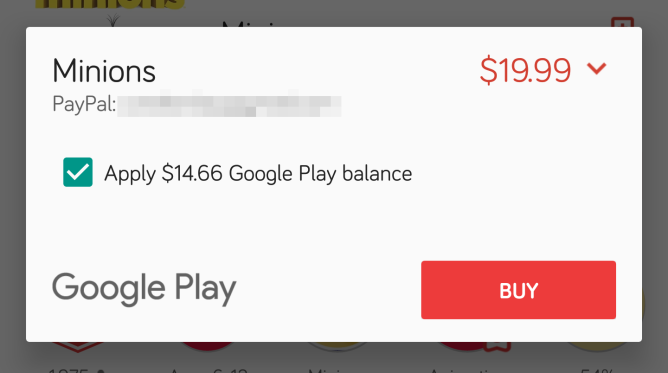 I'm not seeing this on any of my devices or on the web, so it's probably still in the very early stages of rolling out. The tips we've gotten show it working on apps and movies, so it'll probably be supported for all Google Play content.

Xiaomi's YI Action Camera Now Available In The US For $99.95 Via Amazon