Risk, The Game Of Life, and Scrabble [Blitz 2...] are all classic board game franchises that would really benefit from the Chromecast treatment. And that's exactly what Hasbro's done today, releasing all three games in brand-new Chromecast "big screen" editions for Android. The best part? While they do have in-app purchases, they're the kind that make sense. While you can play all three games for free up to three times a day, one-time unlock IAPs offer players unlimited play (and usually some bonus content) from then on. It's $5.99 for Risk and Life, and $3.99 for Scrabble. 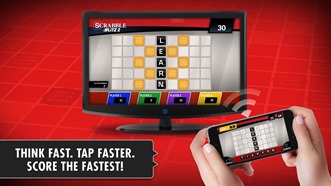 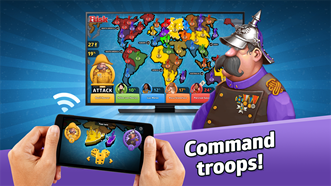 The catch, of course, is that everybody who plays must pay for this unlock if they also want to play unlimited rounds of the games, meaning a family of four would need to pony up a little under $24 for everyone to get in on endless games of Risk or The Game Of Life, or a little over $15 for Scrabble Blitz 2. But if you just have friends over and want to play a couple of quick rounds, you're given three free plays per day, which is probably fine for a lot of people.

Board game adaptations are one of the best uses for the Chromecast, so it's good to see Hasbro pushing these famous titles into the next generation of home multiplayer action, as opposed to the rather boring and impersonal online play that they've generally relied on in recent years. Now, how well these games actually play on a Chromecast is another matter entirely, and one I've not had time to test yet. But I'm very much on-board with the idea.

You can get all three games on the Play Store now at the links below.

Amazon Underground Expands To Sixteen European Countries And Territories, Including Italy And Spain