HTC started releasing its Marshmallow kernel source files for its latest smartphone, the One A9, a few weeks ago. Back then, the list included a few European and Arabic variants of the device, but no American model. Now the US AT&T One A9's kernel source has also been uploaded to the HTC Developer Center. Unlike the other models, the file weighs at a relatively smaller 179MB.

Joining it are the Marhsmallow kernel source files for the One M8 Google Play Edition, which got its update to Android 6.0 almost a month ago. That file is 196MB. 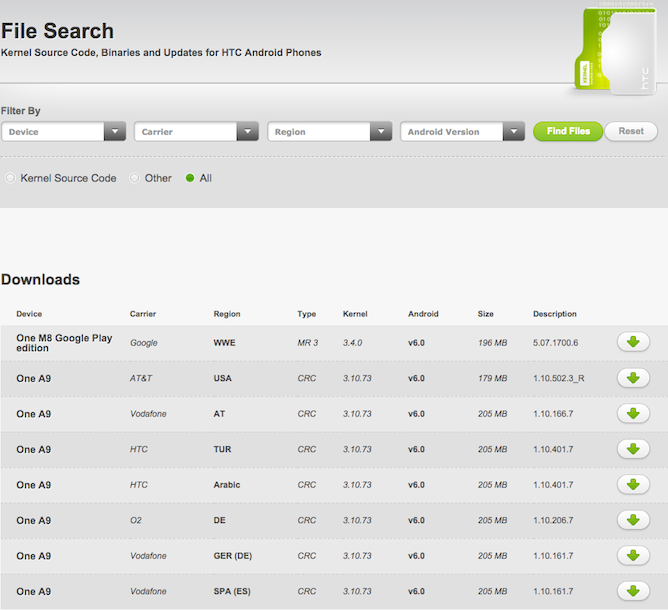 Custom ROM developers and modders who want to tinker with these devices can now do so more easily. Unfortunately, those who are looking to work on the unlocked One A9 have to keep waiting as that kernel source hasn't been released yet.

AT&T Will Raise The Price Of Its Grandfathered Unlimited Plans From $30 To $35 A Month Starting ...