There are two things that are staples in the bag that I carry basically everywhere I go: an external battery pack and charger, because sometimes I'm near a wall, and sometimes I'm not. At least one USB cable comes into the equation somewhere too, because what good is a charger without a cable. None, I'd say. None good.

Anyway, this new Energi 6K from TYLT is pretty neat, because it's both of those things in one thing. It's got a 6,000 mAh battery pack and charger all in one. It's not a Qualcomm-certified Quick Charger like the one I usually carry, but that's OK. It does more stuff than that one, so I'll cut it some slack. It also replaces two devices so I have to carry less stuff, which I like. The less stuff I have to carry, the happier I am.

Now I get that this kind of charger isn't new, but we're just going to talk about this one. Why? Because we're not reviewing all the others. Just this one. I'm sure someone in the comments will tell me all about the one they got from Amazon for like $14 and how much they love it anyway. Whatever.

So the Energi 6K's design is pretty simple: it's got a folding plug, a USB port, and a built-in USB cable. I like the little cable, because it makes it easy to charge my phone or tablet or whatever without having to break out a full-on USB cable too. It's simple. I like simple. You can also use the built-in cable when the 6k is plugged into the wall, but it's a gimpy little thing so I'm not sure you'd actually want to. You'll have to leave your phone swinging below the charger, which seems like a bad idea to me. But it's your phone, so you can do what you want with it. I just won't be responsible when something stupid happens to your phone because you didn't listen to me.

Otherwise, this is a straightforward piece of kit from a company that I trust. The built-in USB port works well when the charger is plugged into the wall, and the charger is smart enough to prioritize your phone over the internal battery. This way, your device will always get juice before the charger itself. This is one of the most selfless chargers I've ever met really — it always puts others before itself. We could all learn from this little charger. Thanks for the inspiration, TYLT. 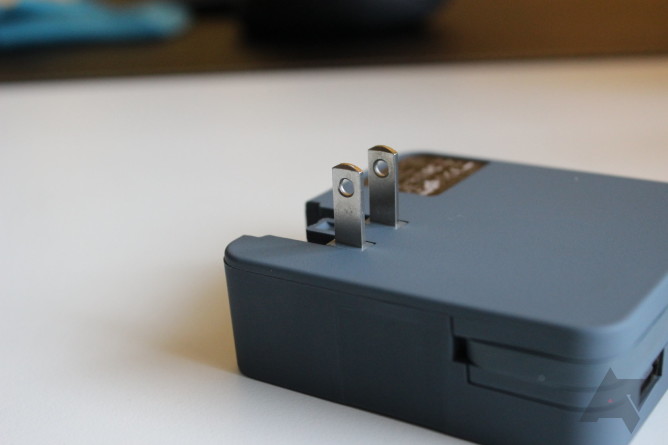 Really, what more is there to say? It works, it's light, and it's a great addition to any bag. It can charge a pair of devices at once, always puts your stuff over the internal battery, and is basically a perfect replacement charger or something to use full time. It retails for $70, but if you hurry you can snag one for $35 (Cyber Monday and all that), which by my account is a pretty damn good deal.