So could Join break the mould and stand out as a capable and simple alternative to Pushbullet? The short answer is a resounding yes — if you don't want to mirror notifications and you only use Android devices that is. But it's still a beta, so more features might be on the way.

Since Join is in beta, to join it, you have to opt-in from this page. Then you download the app from the Play Store on your Android devices and the Chrome extension in your browser. Because the app uses your Google account to connect all of your devices, you have to grant it permission to do so in the Chrome extension and then sign in again from your phone. On Marshmallow, the Android app will ask for Contacts, SMS, and Storage permissions when you first launch it. The app also asks for two special permissions: drawing over apps and accessibility. The first allows it to create a floating bubble when you copy text from any app to quickly send it to a specific device, and the second lets it directly insert copied text from another device into an input field on your phone without you having to manually paste it. 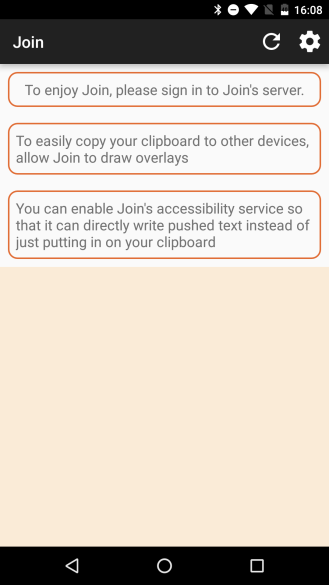 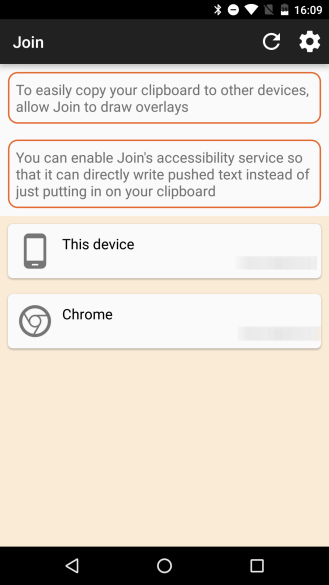 Before you get started using Join, there are a few settings you should look at, like whether you want the app to run in the foreground and monitor your clipboard, and if you want it to open links and files automatically instead of just showing a notification. I like the immediacy of these options, so I kept them enabled. 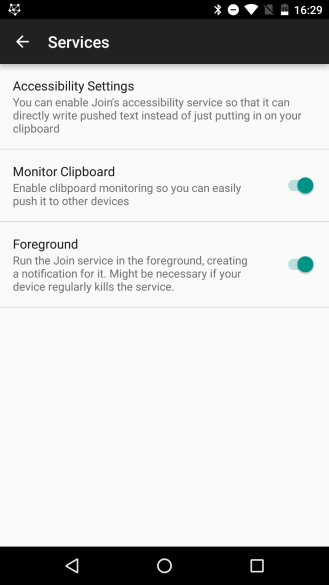 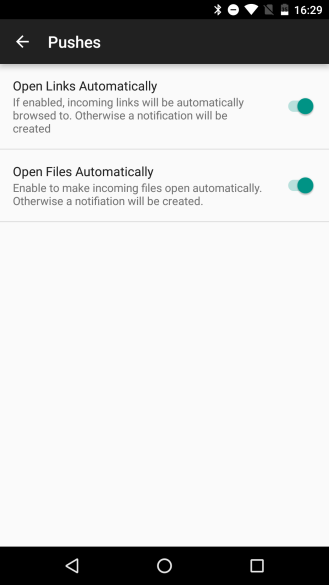 Now you can start using the app, or more appropriately, you can let it do its job while you barely do anything. From a computer, the Chrome extension lets you Paste, which means sending whatever your computer clipboard has in store to your device. On the phone, if you have a text field open and if you've enabled the app's accessibility option, the text will immediately show up inside it. Send tab shares your current page's URL to your phone, and that should automatically open inside your default browser if you've kept the option enabled in the settings. 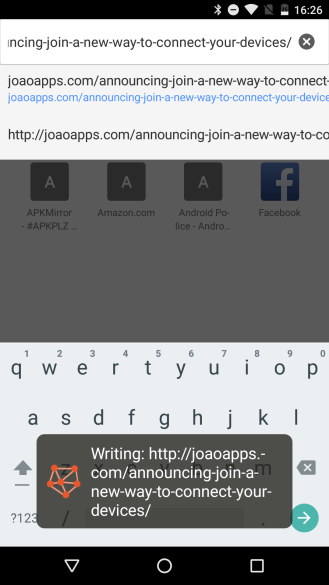 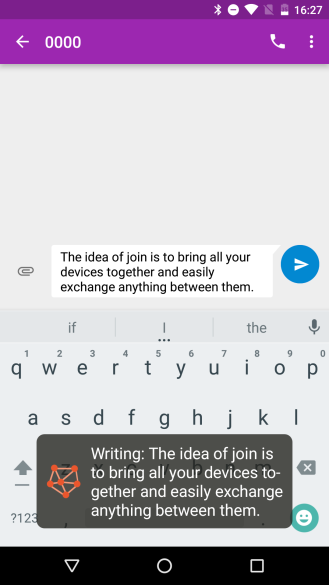 You can also send SMS to a contact from the Chrome extension (I didn't test that feature) and request a screenshot from your phone. This is when the app will ask you for the right to capture your screen and then do so and upload the resulting screenshot to your Google Drive account. When that's finished, a new tab will show up on your desktop with the screenshot there. Handy. On your phone, you can trigger Join either by copying text or by sharing to the app. In the first case, a bubble pops up that, when tapped, shows all of your connected devices so you can paste the text on them. In the second case, you can share anything like a webpage, file, or image to Join. Direct Share to specific devices is supported in Marshmallow. When it's not text or URLs, Join uploads the files to your Google Drive and sends the link to your other devices, and if the recipient is a computer, the link will automatically open up in a new tab on Chrome. 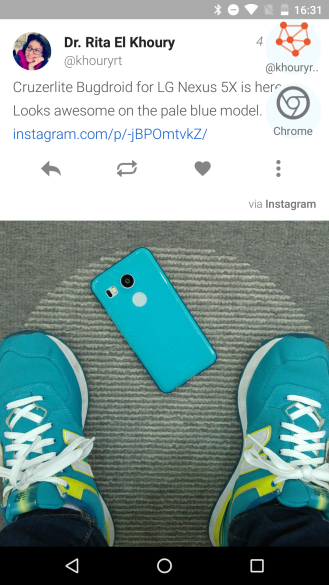 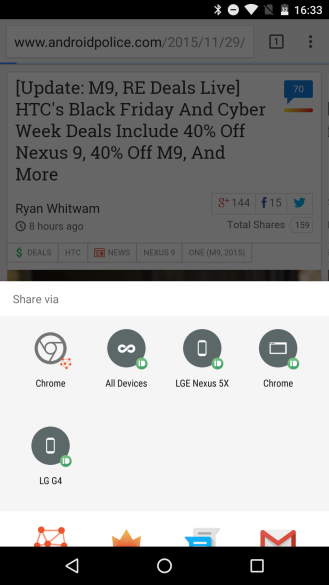 A history of all of your shares shows up inside the Android app so you can resurrect an old clipboard item and use it. Devices can also be merged, shared with other users, and you can generate a push URL that you can use from any device to share stuff to that specific device from any other (regardless of whether or not it has the Join app or extension installed). That's very user-friendly. 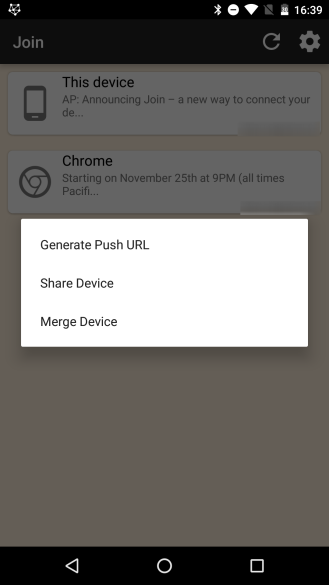 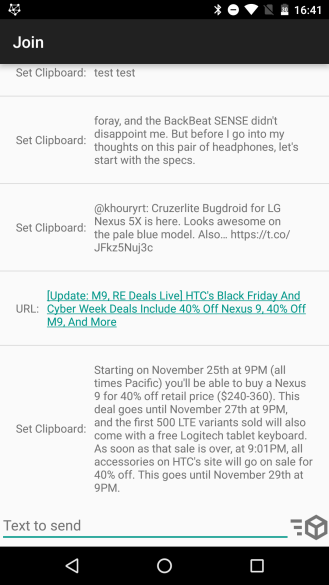 So how does everything work? I pushed over 20 items from each of my devices to the other and it worked flawlessly each time. I did encounter a couple of Javascript failure notifications, but it didn't seem like the function or result was affected. And it seems that in its current iteration, you can't share to all devices in one go. Also, the Chrome extension's keyboard shortcuts (Ctrl+Shift+K for the menu and Ctrl+Shift+L to execute the last command) don't work on Chrome on my Mac computer (not even when replacing CTRL with Cmd).

Compared to Pushbullet, there's no iOS app (and there's a very slim chance that it will ever be developed), no notification mirroring, and no Universal Copy & Paste (copying into Join is still a manual process). But for a beta attempt and the first one at that, Join is worth keeping on your radar. Joao has a tendency to stuff his apps with quirky and useful features, so it's likely that Join will get some cool additions along the course of its development. For now, the app is free but it could get some in-app purchases later on.