ZeroLemon hates empty smartphone batteries. That awesome $700 mix of processors and screens and lenses can't ever be a useless piece of metal dead weight in your pocket, it has to be used throughout the day regardless of whether or not you're on a long road trip, hiking in the wilderness, or your roommates have taken up all the charging plugs in the house.

Now ZeroLemon is ready to bring its hammer down on empty batteries on the latest Samsung flagships: the Galaxy S6 Edge+ and the Galaxy Note 5. Both of its new models include a 3,500mAh battery so they should be enough to charge these phones once, and they come with a black TPU case so you can simply slide your phone in and forget about dangling wires and disconnecting battery packs. 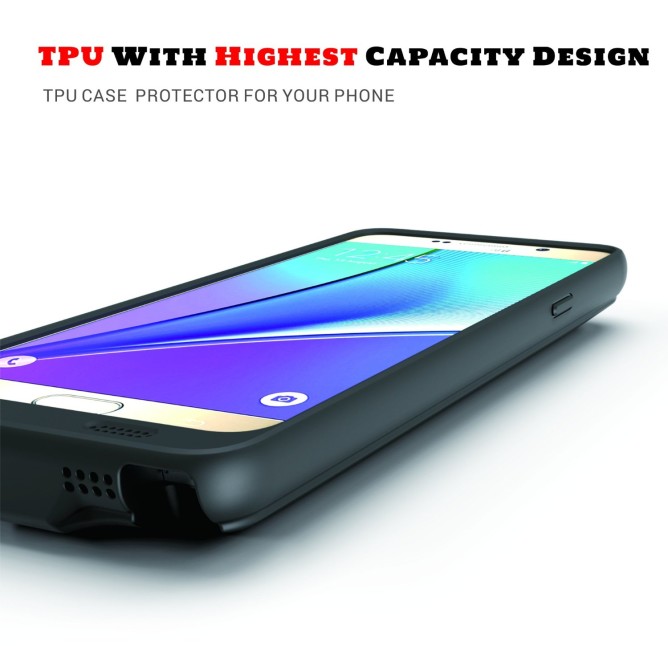 The case will make your sexy slender phone thicker and it won't look as refined or as elegant as the metallic finish on Samsung's devices, but that's the trade-off to pay if you want more juice for your phone in the most practical delivery method.

Amazon tells me the retail price on these is supposed to be $69.99, which let's face it, no one will pay. Instead, they're now going at a more reasonable $39.99. Granted, for this amount of dough, you can easily get two giant 10,000+ mAh battery packs and forget about ever needing a charge for several days, but the solution wouldn't be as compact or as handy as ZeroLemon. If you're willing to trade in some extra money for practicality, you can grab one for you phone at the source links below.