Since then, Tronsmart has released a couple of new products (and updated some of the others), including an absolutely beastly new 5-port desktop charger called the Titan. Now, we've seen 5-port chargers before, so that's not what makes Titan such a beast — it's the fact that all five ports offer Quick Charge 2.0 as well as VoltIQ technology. That's the full 9V/2A charging speed from all 5 ports for QC 2.0 devices, and 5V/2.4A for most other USB devices. It also automatically detects devices that max at 5V/2A and supplies the correct wattage and amperage. 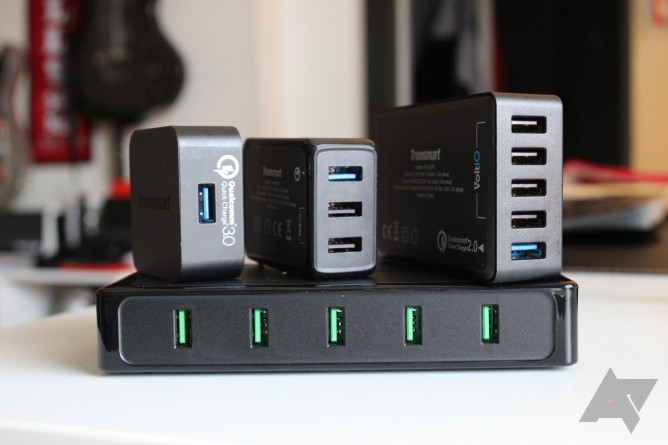 To celebrate the release of the Titan, Tronsmart is offering up another 50 chargers for us to give away. That's a freakin' ton of chargers, but here's the best part: you get to choose which one you want. Anything from the 1-port car charger to the Titan, the company's entire charging catalog is up for grabs.

If you just can't wait to get your hands on one of these guys, though, Tronsmart is also running some killer deals on basically all of its chargers right now. So really, it's a win either way. 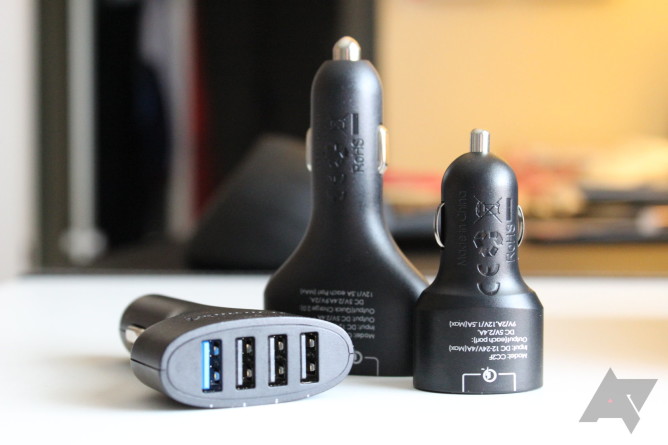 But if you just like free stuff, here's how to get in the running:

The giveaway begins now and will run until 11:59 PM PT on Tuesday, December 1st. This one is international, so go nuts.

Multiple NVIDIA SHIELD Games Are On Sale For 50% Off Including Doom 3 BFG Edition, Portal, And More