This whole time, game streaming service Twitch hasn't supported Android TV. That strikes me as pretty weird, but everything is cool now that v4.5.1 is rolling out (the standard app is up to v4.6.x). This version adds Android TV support, and we've got the APK below in case you don't see it in the Play Store yet.

I will admit to not really "getting" the appeal of Twitch, but I know it's a hugely popular service. Now you can watch other people play games with a full leanback UI on Android TV. It has a similar vibe to a lot of Android TV apps with rows of video thumbnails and a slide out navigation bar. 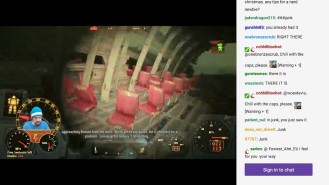 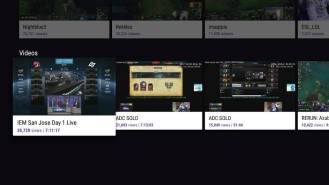 Twitch for Android TV looks nice enough, and there are quality options for the streaming video. The way you control playback is odd, though. You have to use the d-pad to highlight the fast-forward/rewind buttons to get around in pre-recorded content. I was able to install to a SHIELD TV from the Play Store, but the app is apparently still rolling out for some. Grab it from APK Mirror if that's the case.