Square's square readers go into a phone or tablet's headphone jack and let the device accept payments from a credit card. Its original model, anyway. The company has a new one that's rolling out to over 100 small business owners across the US starting today.

This new reader is as square as the old one, but it doesn't plug into an Android device. It's wireless and, instead, accepts payments through chip cards and NFC. That includes Android Pay. When you also consider PayPal Here's Android Pay support, this means you will soon potentially be able to make NFC payments at local bakeries, artisan stands, farmer's markets, and other small-scale businesses. For many of us, that's a necessary step in being able to leave the bulk of our wallet at home. Just look for your device phone in the lengthy list of supported devices.

SAN FRANCISCO, November 23, 2015 - Starting today, 100 local business owners across the country are the first to accept chip cards and payments like Apple Pay from their customers with Square’s new reader, giving their customers a simple, fast, and secure payment experience. They represent the first set of local businesses to have access to the same new technologies that big corporations often invest in. With a tap of a phone, their customers are out the door.

The first group of businesses to use Square’s new reader include Honey Butter Fried Chicken in Chicago, Philz Coffee in San Francisco, Sump Coffee in St. Louis, Cafe Grumpy in New York City, and all 20+ merchants in the Urbanspace Vanderbilt food hall in New York.

“We’ve always wanted to offer our customers the option to pay with Apple Pay and we’re thrilled that Square has helped us make this a reality,” said Joshua Kulp, Executive Chef of Honey Butter Fried Chicken in Chicago.

“Our customers have been asking about contactless payments. Now it’s here – with one tap, customers at our Grand Central location can grab a coffee right before they jump on the train!” said Caroline Bell, Owner of Cafe Grumpy in New York City.

Announced in June, the contactless and chip card reader is a wireless reader that comes ready out of the box, connects with Square Stand or a mobile device, and pairs seamlessly with Square’s free point-of-sale app. To make a payment, all a customer has to do is hold their device near the reader or insert their chip card. The reader then initiates the payment and the whole transaction just takes seconds to complete. With the iPhone’s fingerprint technology (Touch ID), a signature is no longer required. The new reader meets the highest standards of security because it optimizes for accepting authenticated payments like EMV and contactless (like Apple Pay and Android Pay). Sellers can visit squareup.com to order the new Square Reader for $49. 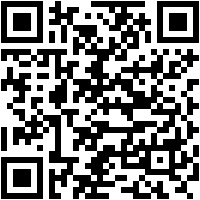 Fox Digital Entertainment And Wooga Have Partnered Up For Game Of Drones, A Mobile Game Based ...