There's something to be said for standardized hardware, and generally that something is "man, that update came in fast." Several Android Police readers, at least one Portuguese tech enthusiast site, and a long thread on the XDA-Developers forum indicate that some Android One phones (which tend to share standard hardware across multiple devices) are being upgraded to the latest version of Android Marshmallow.

While flashable ROM files for the MMB29K build are already making the rounds for Android One phones like the Cherry Mobile One G1, General Mobile 4G, and I-Mobile IQ 2, it isn't exactly clear what's contained in the update itself. This does indeed seem to be the very latest build available: one of our readers said that a phone tester friend in the Philippines received an update for the Cherry Mobile One G1, along with a request for confidentiality. It seems a safe assumption that the update includes bug fixes and improvements to Android following large-scale feedback after the Marshmallow launch. 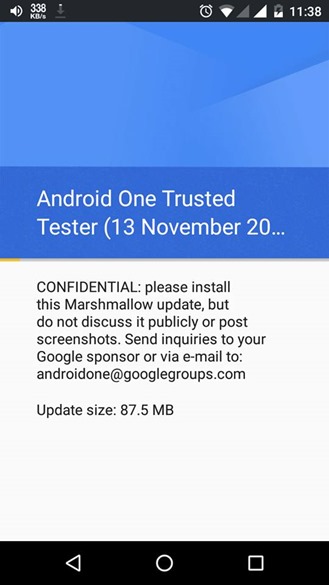 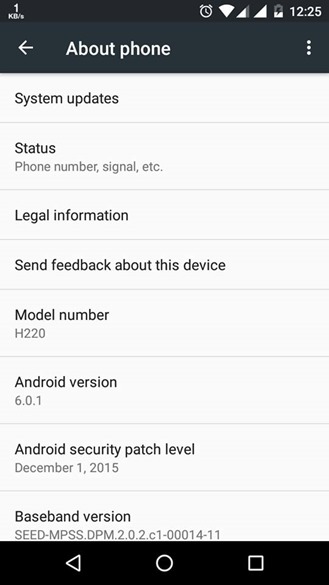 The security patch for this build is marked as "December 1, 2015," which might indicate that a more large-scale rollout to the rest of the models covered by the Android One program, as well as recent Nexus devices, is scheduled sometime next month.