The reaction to Pushbullet's pro plan earlier this week was not what the developers had hoped for. Many users cited the $5 monthly price and removal of some free features as justification to declare Pushbullet literally satan. Pushbullet's developers have always been active in the community, so Ryan from Pushbullet (guzba on Reddit) is doing an AMA to explain.

What it comes down to is that Pushbullet was at a crossroads, according to the AMA. The time had come to monetize or shut down, and no one wanted to shut down. They admit pro accounts should have been rolled out a long time ago. As for the price, the developers looked at other services to see what might be reasonable. MightyText and Pocket were the two examples cited, both $5 per month like Pushbullet Pro. There should also be more pro features in the coming months that will make the price easier to swallow.

A lot of the questions centered around the idea that $1 per month is more reasonable. LastPass was cited as an example, but I should point out, LastPass was just sold to LogMeIn. According to guzba, the lower that price is, the more people need to subscribe to make Pushbullet viable. The Pushbullet team doesn't need everyone to upgrade at this price, or even most people. The idea of tiered plans was seen by the team as too complicated to administer as well. 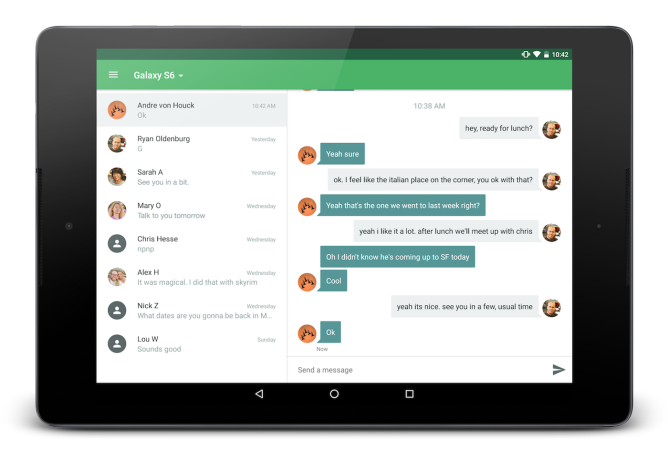 Some of the AMA questions did present some interesting ideas. Suggestions like a student discount and lower introductory pricing were received positively. The pro plans go into effect December 1st, but tablet SMS is rolling out today. There's a blog post explaining the feature, and it was mentioned in the AMA. Free users will get 100 monthly Pushbullet SMS messages, so you can try the new tablet functionality without paying.

I'm going to go out on a limb here and say that people are acting a little silly about this whole thing. Pushbullet has been free for years and has been indispensable to me and many others. I think $40 per year is a reasonable amount of money for how much I use Pushbullet. If you find these features useful enough to be outraged when they are put behind a paywall, maybe you like them enough to pay $40 per year (which by the way, is only $3.33 per month). It's fine if you don't want to pay, but that's why there's a free tier.

This is what the devs think is necessary to keep Pushbullet running, and I'm willing to accept that. They haven't steered us wrong in the past, and I like Pushbullet. I want it to continue existing.

Microsoft AppComparison Shows You How Many Of Your Apps Are Available On Windows Phone ...