No matter how much we use our Android devices, there are tips and tricks that we don't discover until someone shares them with us and we hit ourselves on the head and say, "Why didn't I think of that?" One example is how to enable traffic view in Google Maps in countries and areas where the app says it isn't available.

Live traffic is officially enabled in about 50 countries in the world, and the rest of us often have to just start driving and then discover that the route we picked was jam packed with bumper-to-bumper traffic. Some countries have a local solution in terms of a standalone app or traffic provider, but that isn't as universal and integrated of a solution as Google Maps. If the data isn't accessible inside Maps, you can't use it while navigating or to pick better routes.

But since Google uses crowd-sourcing from people driving around and sharing their location, it's hard to understand why only some countries and regions had live traffic but others didn't. Drivers in Amman, Jordan are reporting their location the same way that those in New York are, so why is live traffic not available in the former? It might be a legal limitation or it might be that Google doesn't think it has enough contributions to deem its traffic reliable and officially flip the switch. But the data is there and accessing it requires the simplest of tricks.

Just scroll to a country or region that you know has live traffic view (I went up to Turkey), enable the view from Google Maps' side menu, and then go back to your original area. You'll see the green, orange, and red lines that are customary of the traffic layer on all the roads where Google has collected some data. Neat eh? 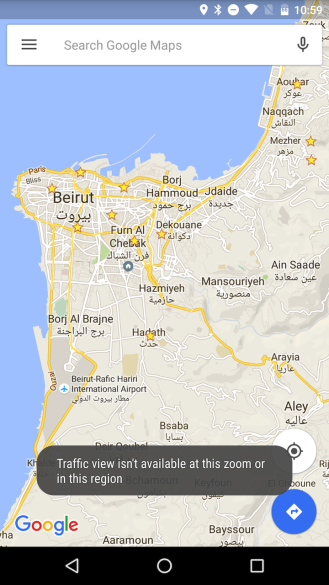 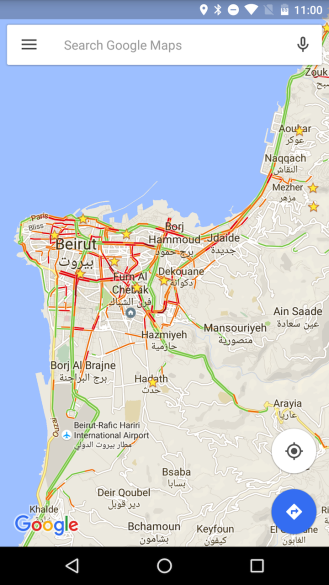 You sayin' Traffic view isn't available?! Aaaaaaaaaaand how about now?

The best part is that the traffic layer stays enabled when you close and reopen the app and even if you restart your phone. The live traffic data is also used when computing routes for navigation and, like in any country where it's officially available, it shows the state of traffic in both directions. 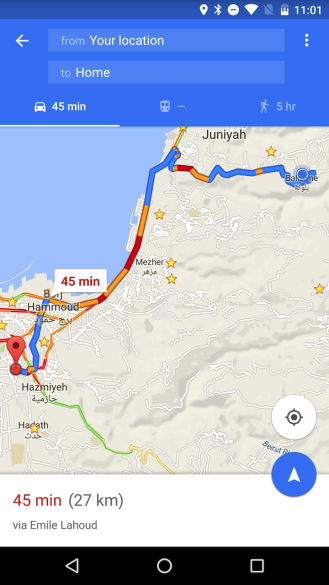 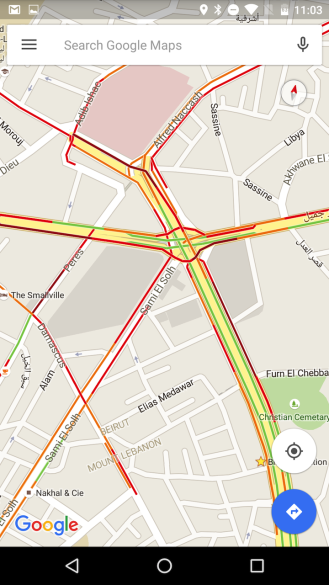 I tried it out this morning while driving to work and saw that the reporting was fairly accurate. Some stretches showed as orange but weren't actually congested when I passed by them, but the overall estimate was close enough to reality for the entire 25 km trip. Since I usually have about 3 different alternative routes to work, I used to tempt my luck each morning but I no longer have to. I can now just check to see which one looks better and take it.

We don't know how long this small but awesome workaround has been possible, but we thought we'd share it with you in case, like us, you weren't aware of it.

Deutsche Telekom And T-Mobile Force Another Company To Change Its Logo Because It Was Too ...

OnePlus Extends On-Guard Insurance Plan To The US And Canada