The rise of social networks has generally been a boon to people everywhere... and I'm going to keep believing that no matter how many times I have to point my relatives to a Snopes article. But there's no denying that it's also become more complicated. Facebook is trying out some new tools specifically aimed at making using the service easier, or at least more comfortable, following the end of a romantic relationship. 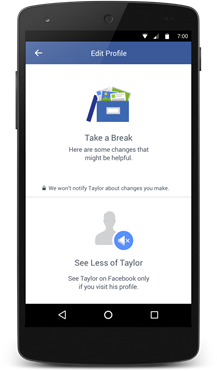 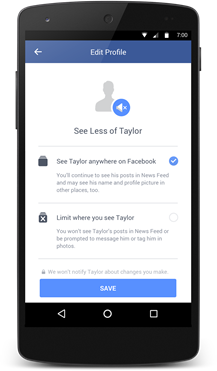 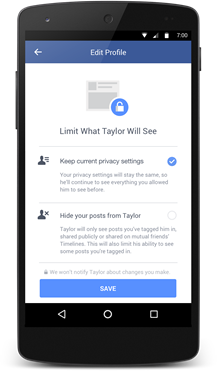 You could always simply unfollow your former partner, and indeed you still can, but that can get messy when they run in the same social circles as you. A new set of tools allows users to "see less" of specific people, and limit what they see, without actually cutting ties altogether. The changes can be applied or reversed at will. "We hope these tools will help people end relationships on Facebook with greater ease, comfort and sense of control," wrote a Facebook representative. The changes will be implemented on mobile apps first and will be shifted to other platforms following feedback.

Of course this isn't entirely altruistic; someone who's uncomfortable with seeing a specific person on Facebook will use that service less, possibly disconnecting from it altogether for at least some amount of time. We'll probably see this collection of tools shift over the next few months following the initial feedback. The last update to the Android Facebook app was uploaded just yesterday, but the changelog only mentions "Improvements for reliability and speed," so the relationship options will probably show up in the next update.