Sprint has been struggling to remain competitive in the face of big consumer-friendly initiatives from T-Mobile and the continued dominance of AT&T and Verizon. Now, the carrier is announcing a new revamp of its LTE network called LTE Plus, and it's celebrating with steep discounts for a limited time.

LTE Plus sure sounds like a magical new version of LTE, but it's not. This is simply the name Sprint is giving to a bundle of tower upgrades that it has rolled out to 77 markets today. LTE Plus describes carrier aggregation and beamforming on Sprint towers. With carrier aggregation, Sprint's three Spark LTE bands combine to increase bandwidth. Beamforming allows towers to direct signals to the general area where a device is, rather than sending the signal out in all directions. The result, according to Sprint, is better speeds and range for its LTE. 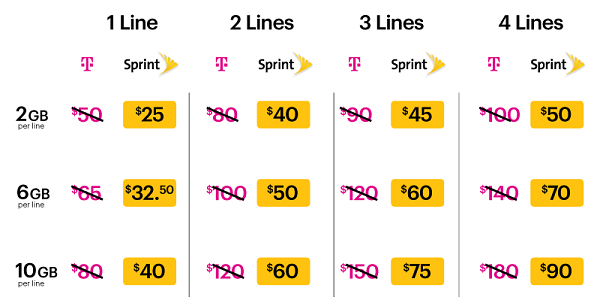 The deal Sprint is pushing for the LTE Plus launch is similar to a promotion it has been running for a while to cut your bill in half when you switch. Now, if you port a number over from another carrier, you can take advantage of pricing that is 50% of the advertised price at your old carrier. 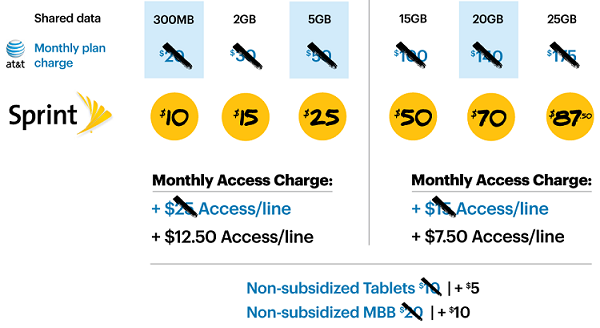 For example, 2GB of data for former T-Mobile customers is $25 instead of $50. Both AT&T and Verizon switchers will get half price data and line access fees compared to their old carrier. Sprint still pays switching fees up to $650 as well. Note, you have to get your new phone via Sprint Lease, iPhone Forever, Sprint Easy Pay, buying a full-price phone, or bringing your own. You can't do a contract.

So, there will be people on Sprint getting similar services for different amounts of money. That seems like it'll be complex to manage. You must sign up by January 7th 2016 to get this deal, and the pricing expires on January 8th 2018.

Outlook App Updated To Version 2.0 With A Few Material Design Visual Tweaks And Not Much Else