So far Samsung's plus-sized Galaxy View tablet has been given a custom CNN news app and a sort of bulletin board photo app, both of which are exclusive to the device. But Samsung isn't finished yet. Today they published a third app that, if not exclusive to the 18.4-inch tablet itself, is certainly meant to be used exclusively with it. It's a remote control app that lets you operate pretty much every input on the device via a Bluetooth-connected Android phone. 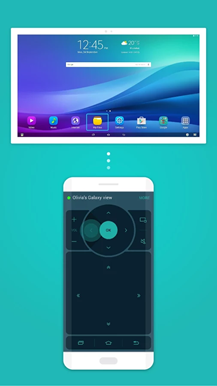 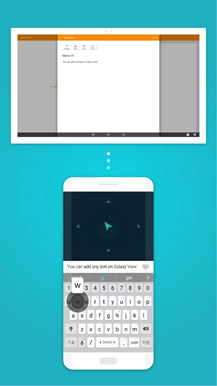 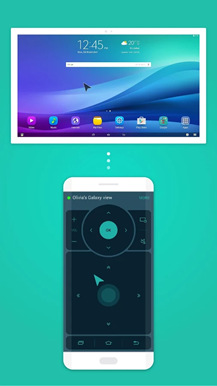 Anyone who's used the somewhat neglected Android TV remote app will be on familiar ground here: it includes basic directional controls, volume and power buttons, and a central "OK" button for making selections. But since this is meant to operate the Galaxy View without the need of any direct touching (presumably for the purpose of media playback), it also includes a laptop-style touchpad area that corresponds to a cursor on the screen. Android's home, back, and recents buttons are also included... in Samsung's usual backwards fashion. You can even type remotely with a virtual keyboard.

The app is only available for smartphones, not tablets, which seems a little odd, since there are plenty of tablets from Samsung and others that are less than a quarter of the size of the Galaxy View. It's a free download for Android 4.4 or later, and you don't need a Samsung phone to use it.

Google Expanding 'Ad-Supported' Labels To All Apps, Developers Must Update Listings By January ...