Football Manager Mobile 2016 is the lower-end of SEGA's sports management lineup, wherein soccer games play out as an abstract series of moving dots rather than a realistic rendering of players. As with most management sims, you don't control the direct actions of your players, you merely draft them, select their training regimen and strategy, make trades and position adjustments, and the like. The new version claims to add enhanced tactical instructions for your team, the ability to recruit coaches, and a more intuitive layout of the largely menu-driven game. 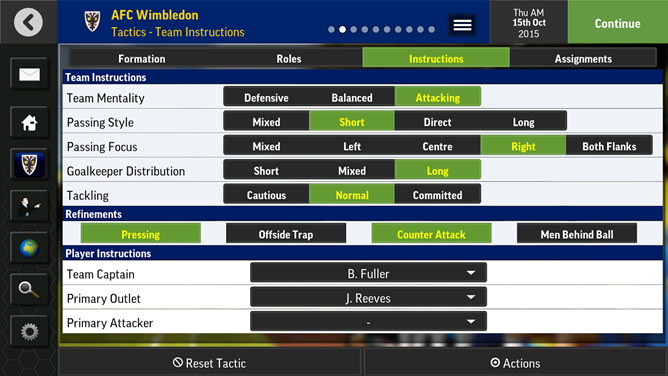 As is usual with these sorts of games, the title costs money up front (a hefty $9) and will hit you up for in-app purchases later, though the developers exercised a bit of restraint and kept the biggest purchases below $15. Football Manager Mobile 2016 is probably the game you want if you want to play a pure management game with a lower battery hit or weaker hardware - Football Manager Touch 2016, the more robust, PC-style alternative, should be coming to the Play Store sometime in the next few weeks.

*I'll leave that to John Oliver.