First off, let's talk about what's different. The basic hardware is the same — eight-inch 1080p display, 2 GB RAM, Tegra K1 processor. It's currently running Android 5.1.1, but NVIDIA already plans to push Marshmallow to it (along with existing SHIELD Tablet units) by the end of the year. The primary change on the hardware front is that the stylus has been removed (even the bay is gone). The display technology is still there for users who wants to pick up a stylus of their own and use it, so they didn't kill it completely — it's just not part of the package now. The DirectStylus options are also missing from settings, which makes sense since most of that was controlling what happens when the stylus is removed from the bay. No stylus bay, no need for options. I miss the screenshot tools and stylus-only mode on this model. 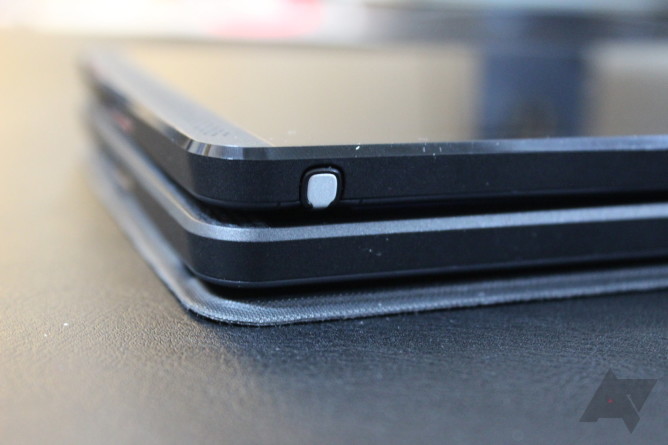 The other main difference is that there's only one version this time, and it's the 16GB Wi-Fi model. There is no option for 32GB of storage, nor is a carrier-connected version available. One tablet keeps things simple. And of course there's a microSD expansion slot that allows for more storage to be tacked on whenever users see fit. So, really, the 16GB of storage isn't that big of a deal.

Since there's only one version, there's one price: $199. That's an insanely-good price for a tablet this powerful and well-supported. I'll be the first to admit that when I got the news they were re-releasing SHIELD Tablet instead of dropping a new one on us, I was a little bummed. But when I saw the price, well, that kind of made up for it. Don't get me wrong, I still want a Tegra X1-powered SHIELD Tablet, but getting the K1 for $199 is a damn sweet deal. There is one other thing NVIDIA cut in order to get the price so low, however, and it's one that I've never seen before: the charger. Yeah, SHIELD Tablet K1 doesn't ship with a charger. It makes sense from a cost-perspective, but I think it's kind of a ballsy move. The thinking here is that most users already have half a dozen phone chargers lying around that will have no issues juicing up SHIELD Tablet, which I do agree with. But I also think a lot of customers are going to be dumbfounded at this choice if they don't know about the lack of a charger going into it.

Of course, NVIDIA gets that people may need or want a charger just for the SHIELD Tablet, so there's a "World Charger" available for $30 alongside STK1 that basically includes a charger for every region in the world.

Otherwise, this is essentially the same tablet we've seen before. There are minor differences here and there — like slightly different speaker grilles and a newer SHIELD logo on the back (both shown above) — but the meat and potatoes are still the same. Same display, same software, same performance. And it's going to get even better with Marshmallow, because everything is better with Marshmallow. 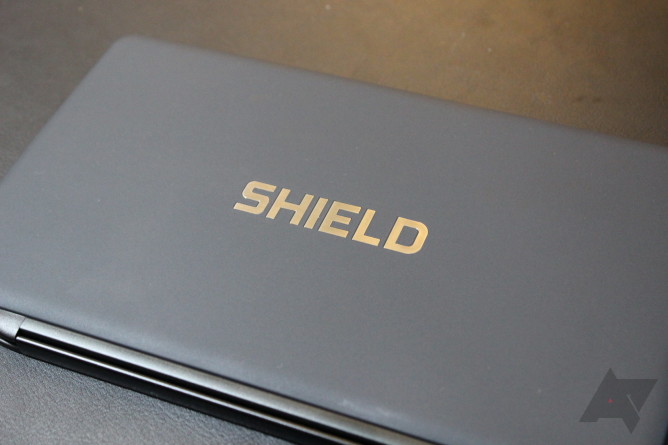 SHIELD Tablet K1 and all applicable accessories (like the world charger and game controller) are available beginning today from a handful of retailers. If you've been on the fence about picking up a SHIELD Tablet (or just really wanted to get one this holiday season for a loved one), now's the time. There's no word on how long this second-coming will last, but I have a feeling we may see it go away after the first of the year.