Google Photos is a way of spreading your photos from your device to the cloud. But the latest update isn't about getting your images on Google's servers. It's about deleting them.

Early this summer, Google provided the option to free up space when Photos detected that your device was running low. The app would then delete local copies of photos that were already backed up online. Now this option should appear regardless of how much storage space you have left. 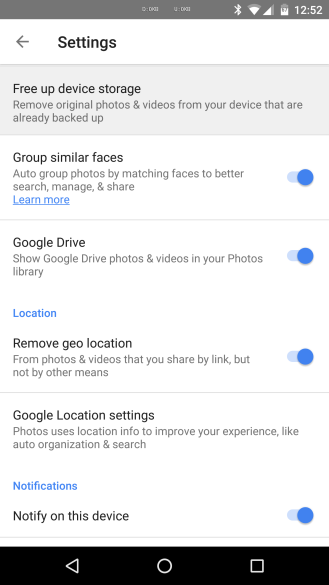 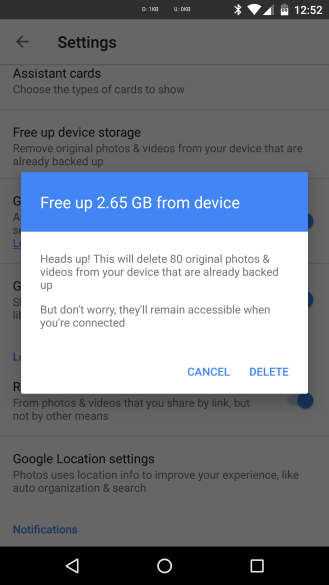 Users who back up their photos in high quality may also receive a card prompting them to delete local copies when they're running low on space. Previously only people who backed up in original quality received such a prompt.

This update also rolls out a fix for users with microSD cards who would continue to see photos in Photos even after they were deleted. This update should let affected people delete those.

Tomorrow, Google will introduce the option to downgrade previously uploaded photos from original to high quality on the web. The latter option doesn't count against your Google storage. The current situation limits users to changing how future photos are saved, not the existing ones. This change will be a server-side switch, so downloading the APK below won't make the magic happen.