The Sony Z5 currently reigns as the king of smartphone camera quality according to DxOMark. I've had the opportunity to use a review unit as my daily driver for the past week, and I have been pretty impressed with the image quality thus far.

That changes today. The Japanese phone manufacturer has begun the roll-out of the major camera app update that they previewed back at IFA. I have only spent a few minutes with the new layout, but I'll tell you right now, it is much improved.

Here are a few pictures of the old app. 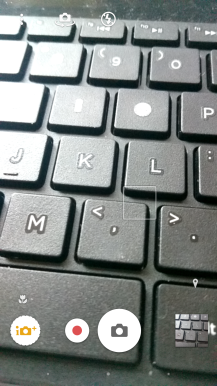 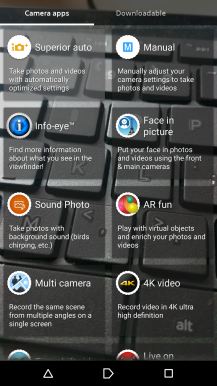 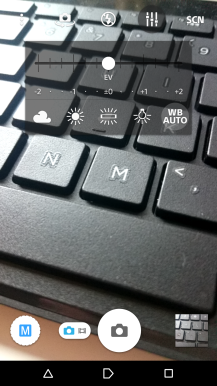 The biggest issue I had with the previous design was that it was set up to favor Superior Auto use. Sony's Superior Auto actually does a pretty decent job, but a more experienced photographer may prefer to use Manual mode, which allows for more granular control.

To access Manual mode in the old app, a user had to hit the mode button to open a list of camera apps (most of which are never used) and then select Manual mode. When in manual mode, all the buttons for adjusting the settings were bunched at the top of the screen, out of thumb's reach, requiring two-handed operation. I know those complaints sound small, but accessing and using manual mode was cumbersome enough that I have mostly ignored it on my Z3.

Now, let's take a look at the new camera app. As you can see by looking at the photos, my two big gripes have both been addressed. Now, users can swipe the screen to seamlessly switch between Superior Auto, Manual, Video, and the additional photo app screen.

The toggles to adjust settings for each camera mode have been moved from the top of the screen to either side of the capture button at the base of the device (with the exception of the flash and camera swap buttons), greatly improving ergonomics and one-handed use. As a result, scene selection, white balance adjustments, and other adjustments are all easier to change.

Additionally, some nice looking Material Design transitions and animations have been added, lending the app a more modern and sleek look befitting of Sony's beautiful flagship.

As good as the update is, there are a couple of other changes I would have liked to see in the new app. I wish that 4K video and slow motion capture were included as options in the video portion of the app, instead of having their own icon in the overflow menu. On the same note, it would also have been great if the stand alone Panorama app had been bundled into Manual mode as a scene option. Those, however, are the only small annoyances I can find so far in the new app design. Overall, it is a vast improvement.

Sony has already begun rolling out the update to all phones in the Z5 family. Users can wait for it to appear on their devices, or grab the APK here to download it immediately.

There is no word on whether this updated camera design will be coming to older devices in the Z portfolio, but as an owner of the Sony Z3, I certainly hope so (I already tried to install the APK on my Z3 to no avail). If and when it does, we will be sure to let you know.