The official first-party remote control for NVIDIA's SHIELD Android TV set-top box is great. It uses more or less the same mini-remote design as the Nexus Player, Fire TV, Roku, and any number of similar streaming boxes, but it's made out of metal, the buttons are backlit, it has a built-in headphone jack for private listening, and it recharges via a MicroUSB port. The only problem is that unlike the SHIELD controller, it doesn't come in the $200 package - you have to buy it separately for a hefty $50. But not anymore.

Starting today, NVIDIA is running a promotion that bundles a free remote in with the SHIELD, so you get the Android TV box, the (excellent) Xbox-style controller, and the smaller remote all for $200. Considering that the SHIELD was already an easy winner in the admittedly short field of Android TV hardware, this only sweetens the deal. Sure, you control every aspect of the SHIELD with the bundled game controller, but the remote is just sleeker. Cooler. An elegant remote control for a more civilized living room. And you can hide the game controller under the ottoman when you're not using it. 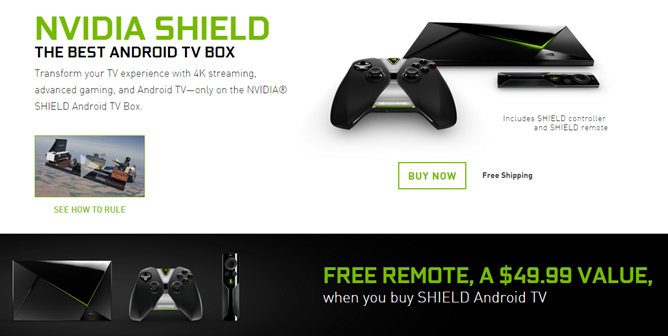 At the moment it looks like you need to purchase the SHIELD directly from NVIDIA's online store in order to get the discount, though some other retailers may join in later. There's no mention of an expiration date, though it is a "limited time" promotion. Note that strangely, NVIDIA's site doesn't seem to be selling the SHIELD Pro (with a 500GB hard drive) at the moment.

Oh, and all of this is reportedly in celebration of this neat commercial that NVIDIA made, in which a man on a living room set may or may not have been dropped from a cargo plane. Is it real? Is it a graphical demonstration from NVIDIA? I'm no expert, but it looks like a combination of a studio shoot (with camera angles that are impossible, since you don't see any recording hardware in the video) and an elaborate prop dropped from a plane followed by a pro skydiver. But fake or not, who cares? You get a free remote either way.

Hey look, Amazon is also offering the same free remote deal - scroll down to the "Special Offers and Product Promotions" area of this page to get in on it. Amazon's price for the standard SHIELD is also $25 below retail and includes Prime shipping, so you can get the set-top box, a controller, and a remote for just $174.99. 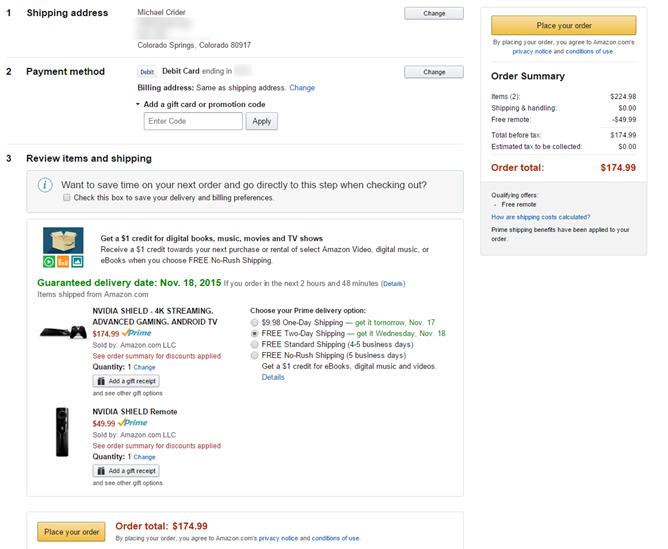