The video above is from the iOS version, because Witching Hour didn't upload a trailer on the Play Store. Hit the books, devs.

Take Ravenmark: Scourge of Estellion, for example. It's a turn-based strategy set in a medieval fantasy world. The game has you commanding an army of various unit types (groups instead of individuals) against an opposing army. If you've ever played Final Fantasy Tactics, Nintendo's Advance Wars, or similar turn-based military games, you'll probably feel pretty comfortable with its mechanics. The interface is specifically tailored for touchscreens, and the 2D art (which isn't "retro" or intentionally pixelated) and music are impressive. Be warned: there are many Wilhelm Screams.

To be fair, Ravenmark was released four years ago on the iPhone, and that's normally a point of contention for Android gamers. It doesn't help that developer Witching Hour decided to port the game to Steam before Android. That said, a big delay for cross-platform games is more forgivable from a small developer than a giant publisher - we're still waiting on Bioshock, 2K! - and it's always good to support the makers of true premium games. Ravenmark is $10 (the same price as the iOS version, and $5 cheaper than Steam) with no ads or in-app purchases.

The game uses a mix of scripted cutscenes and 2D battles, so it should work with some older hardware, though the large amounts of units and AI will tax processors a bit. At the moment it's compatible with Android 3.0 or higher, but unfortunately Android TV support isn't yet implemented. 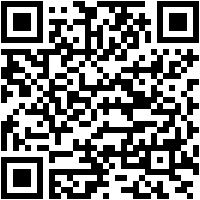