So the LG Watch Urbane 2 LTE is available now from Verizon and AT&T, and we've had one in the house for a little over a day now. Since I've had some time to kind of run through it and see what it's all about, I figured this was as good a time as any to share some initial thoughts. So here we go.

First off, it's pretty thick. Like, a lot thicker than my current smartwatch — the Sony Smartwatch 3 — so I was a little worried about putting it on for the first time. You know what, though? That worry was really for nothing. Once it's actually on the wrist, it doesn't really feel any different than any other smartwatch I've owned and/or worn. The overall thickness doesn't really bother me at all.

I also thought it was pretty big — it's a little larger than the first generation Urbane, so that was another concern. I happen to have these little girl wrists and hands, so I assumed the Urbane 2 would end up looking massive on my arm. Again, nope. Really, I think it's a good size. 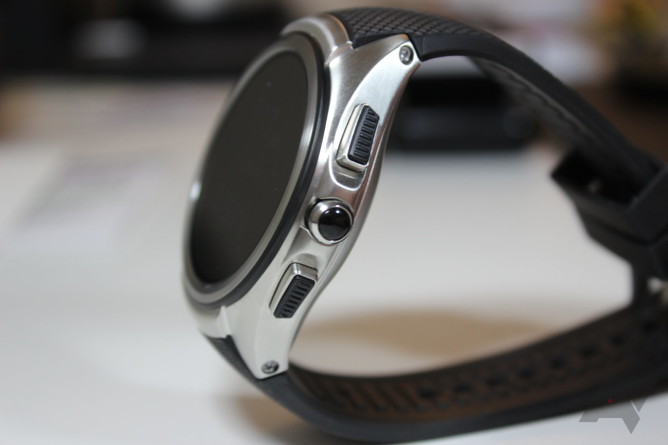 Then there are those three buttons on the side. In my head, one of the beauties of having a "smart" watch is that you don't really need buttons. One button is OK — I can see some value there. But three? Things are starting to get a little hairy now. And the Urbane 2's button scheme is just kind of dumb, to be honest. It's like this:

Now, I know what you're thinking: two buttons that launch stuff no one really wants to use, and one button that does four things. I don't get it either, to be honest. The odds of me needing to quickly launch my favorites or freakin' LG Health is so unlikely I can't even put it into words. But theater mode? Yeah, I could use that. Brightness boost? I bet I would use that even more. Actually, I know I would. I really wish these damn buttons were programmable.

I also find that I accidentally hit the crown all the time. I just bend my hand and boom — crown pushed. I even long press it sometimes. It's frustrating. On a side note, I never realized how often I bend my hand at an almost-90 degree angle. 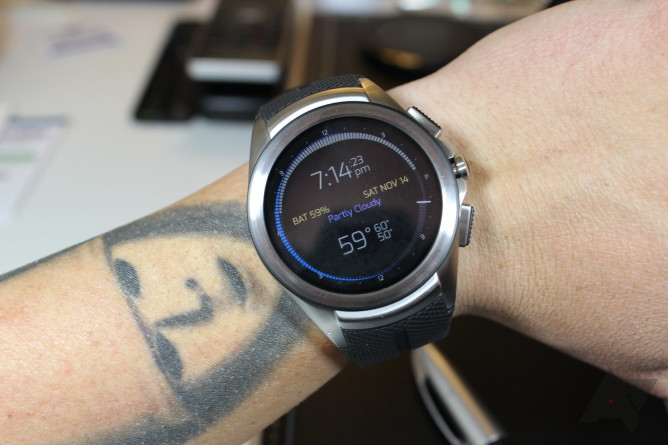 But I digress — I'm getting ahead of myself for an initial impressions post. You guys can surely catch a longer rant about buttons in the full review…whenever that is ready.

Anyway, about the brightness thing. So the display is absolutely gorgeous. My current metric for smartwatches is the Sony Smartwatch 3, which kind of really looks a little bit like shit when it comes to the display. But the trade-off there is that it's got phenomenal readability outdoors. The Urbane 2? Not so much — that's why the brightness boost exists in the first place. And even then, it's not that much of a help in direct sunlight. Looking at ambient mode in the sunlight is basically useless. Going outside immediately made me miss my Smartwatch 3.

Otherwise, the Urbane 2 is a damn sexy watch. It's stupid-elegant and has a fantastic design. It looks great on the wrist. It feels good. I kind of love it; I just wish I could read it outside. 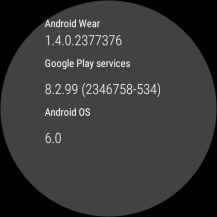 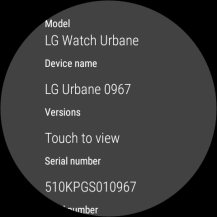 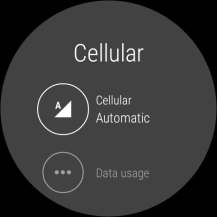 It's also the first watch to come with LTE. The biggest question we had about that was: how? I mean, most modern watches don't support mobile radios! What is this magic, LG? Well, it's a simple one, really: it's Marshmallow. This is the first smartwatch to run Mallow, which is basically required for the LTE radios. Yep. It also has a working speaker, so you can talk on it. Welcome to the future, guys.

The biggest question about LTE on a watch is of course battery life, though. So far, so good — it's at 65% as of right now, with about 11 hours off the charger. That's with ambient mode on and a constant connection to my phone. Not too bad, really — not quite a rival with my Smartwatch 3, but I don't expect that, either. As long as it can get me through a day, I'm good with that. 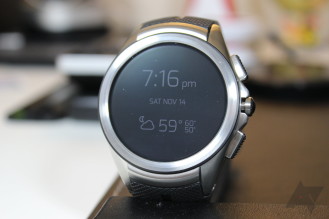 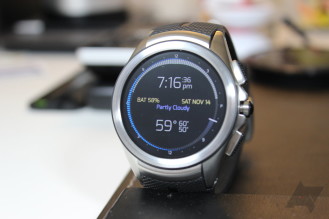 But again, it's a little too early to start singing praises here. We'll wait for the full review before really talking about how the battery life has been.

And that's kind of where I'm at right now with the Urbane 2. My initial impressions are pretty good — mostly great, even — I just wish it had better readability outside. I'll have to spend more time outdoors to really get a better feel for that, though.

If you've got any question about LG's newest offering to the smartphone world, shout 'em out below. I'll try to answer them as I can, and I'll probably include some of that info the in full review, too.

[Deal Alert] Select Colors Of The Jaybird X2 Bluetooth Headphones On Sale For $126 On Amazon, ...

The Xposed Framework And Installer Are Now Available For Android 6.0 Devices