ZTE has just announced the newest entry to its Blade lineup, the Blade S7. The S7 will go on sale in Thailand and other countries across the Asia Pacific soon afterwards, and is squarely targeted at the selfie-loving segment of the population, with ZTE dubbing it its "most powerful selfie smartphone to date."

Jacky Zhang, CEO of ZTE Mobile Devices in the Asia Pacific, claims ZTE wanted to create a device "that takes the selfie experience to a new level," and they have arguably delivered on that promise. The Blade S7 features a 13-megapixel front-facing camera with a flash and phase detection autofocus, which can be used to take full advantage of the 14 different "beautification" options available.

The Blade also has a panorama function for its front-facing camera, which should allow users to capture an impressive 360 degree view of their face and outstretched arms.

The back of the phone also packs an equally-spec'd 13-megapixel rear camera, which is coupled with selective focus and laser auto focus. Other features include a 5.0-inch full HD screen — which translates to a pixel density of 445 PPI (ZTE calls this a "Super Retina" display) —, 3 GB of RAM, a Qualcomm Snapdragon 615 processor, an aluminum body, two "2.5D" curved Gorilla Glass panels on the front and back, and a fingerprint scanner integrated into the home button. The scanner also includes One Press Launch, allowing it to double as a shortcut to launch different apps with different fingerprints. 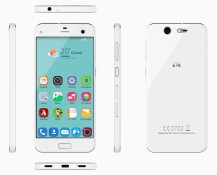 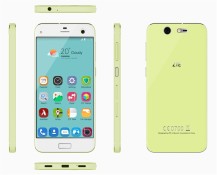 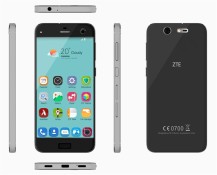 On the software side of the equation, the Blade S7 runs the not-so-latest 5.1.1 version of Android, peppered with ZTE's own MiFavor 3.2 skin. MiFavor also includes "Smart Sense" and "Magic Gestures," which allow users to draw different letters on a locked screen to launch a selection choice of apps, as well as execute actions such as activating the camera, muting the phone, answering calls, and much more.

Audio Feedback, A New Accessibility Option, Will Let Your Android Wear Watch Talk Back To You