The HTC One A9 is making its way to various parts of the globe, so now the company is pushing out open source kernel files. Over at the HTC developer center, you can find downloads for models released in Austria, Germany, Spain, Turkey, and Arabic-speaking nations. 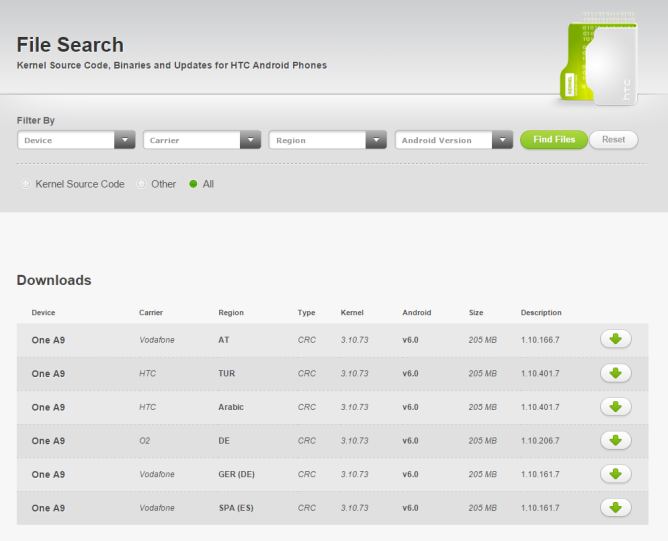 The size comes in at 205MB regardless of which model you select. No US models are up. There's no code for Google Play Edition devices either, even though the HTC One M8 has already received its Marshmallow update.

As this code continues to roll out, it will help ROM makers and developers looking to replace HTC's relatively stock build of Android with something more customizable.

[Poll] Join AP For A Round Of 'Guess Which One Of These Phones Is A Real Product' With Your ...