Crimsonland is a conventional top-down shooter that eschews the current free-to-play trends in favor of pure and simple alien-blasting gameplay. There are 60 levels, all of which are variations on the theme of "shoot everything that moves." The controls are simple enough that on-screen should be plenty for most players, but you can also attach a controller for delicious tactile blasting. The weapons and power-ups are at least as varied as any you'll see in a first-person shooter (the game displays more than a little love for Doom), and five survival modes should keep you occupied once you've finished the campaign.

Want to blast the scum of the universe with your fellow agents? Crimsonland supports up to four players simultaneously, each with their own controller. That being the case, it's odd that the game isn't compatible with Android TV - all four of you will have to play on a phone or tablet, possibly risking some head trauma and vertigo as you lean over the screen. (Consider that an official feature request, developers.) The game is expensive but not unreasonable at $10, with no ads or in-app purchases. 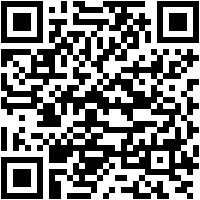 Adventure Game 'Lost Echo' Gives You A Girlfriend To Find And A Gorgeous Sci-Fi World To ...