Google surprised everybody back in 2014 with an unusual project called Cardboard, a low cost and simple viewer that could work with a smartphone to create simple virtual reality environments. Cardboard has quickly grown into a very engaging tool and it has been adopted in many classrooms as a result. The latest update to the demo app polishes up the experience as well as makes it a bit easier to find new apps to play with. Sadly, Windy Day is no longer included. 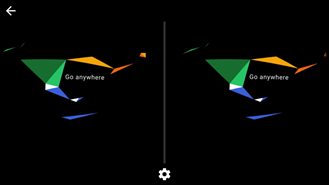 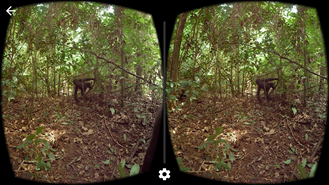 The first time you launch Cardboard after the update, you'll be greeted immediately by one of the big changes: a brand new welcome video. It's sort of a quick glimpse at some of the things people can expect. It begins with a countdown and simple moving shapes that eventually morph into inspiring messages. The video is mixed in with quick scenes from within a museum as the lights come on, a video of a chimpanzee (I think that's what it is) emerging from some trees, a shot from the ocean floor, another famous view of Machu Picchu, and a 3D generated campsite in a game. It's not technically impressive for anybody who has spent more than a little time with Cardboard, but it is a neat video and a great way to welcome new users to the experience. 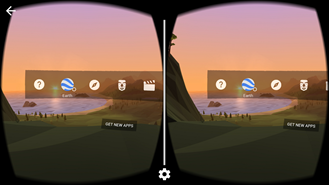 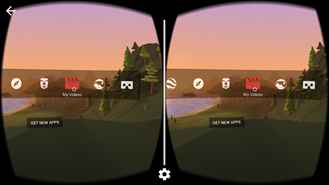 The old, all-black demo selection screen has been traded out for one with some depth. The new selection screen features a computer generated view from within a valley that points out into the ocean. Picking a demo is a little different, too. Instead of making a selection by just looking left or right to highlight a demo icon, there is now a pointer that travels with you when you look up and down. I like this because the old menu made it really easy to accidentally launch a demo if the phone wasn't positioned in a viewer yet. 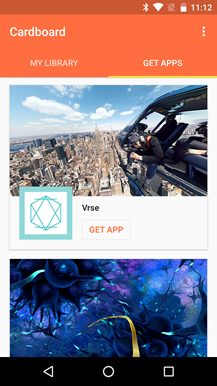 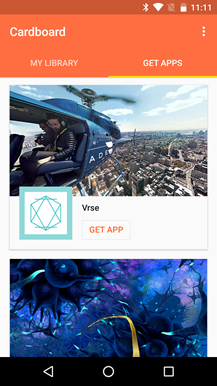 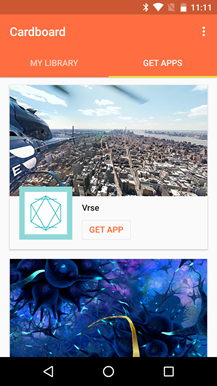 If you've tried looking at screenshots of an app designed for Cardboard, you know they are effectively worthless. What we really need are screenshots that give a real impression of what an app can actually show you. That's really the big new killer feature in Cardboard. Go to the "Get New Apps" button or skip out of the demo selection screen and over to the "Get Apps" tab to check out an all new experience for picking out apps. As you scroll through the list, the big hero image above each app comes alive and actually moves with the orientation of your phone. It's a far better way to judge what an app is going to look like than to just swipe through some static shots. If you find one you like, tapping the "Get App" button launches the Play Store.

Most of the changes in this update have added things to the app, but with all of those new things, something probably had to go. It looks like the feature demo, a story that follows a determined mouse on a brief – but traumatizing – quest to recover a red hat. It doesn't look like there's a way to get the story back (aside from downloading an older version of Cardboard from apkmirror), but the story itself isn't lost. It can still be found in the Spotlight Stories app, just without the stereoscopic experience. Maybe we'll see it return one day as a separate app, or maybe Spotlight Stories will gain Cardboard support, which makes sense given that most of its stories were presented with Cardboard versions at one point or another.