A certain guilt accompanies many of the apps I write about for this site. They're cool, and they're probably going to make your life easier in some way or another. But they involve signing up for yet another account, creating one more record of your online activity.

This post is different—it's about a company that boasts about how little it knows about you. Today Open Whisper Systems has announced that it is combining its RedPhone and TextSecure Android apps into one called Signal, just like it did on iOS earlier this year.

RedPhone and TextSecure both made end-to-end encryption accessible to privacy conscious folks who just want to download an app. The former kept calls private, while the latter dealt with texts. Now TextSecure will become Signal, and RedPhone users will receive a prompt to install Signal instead. 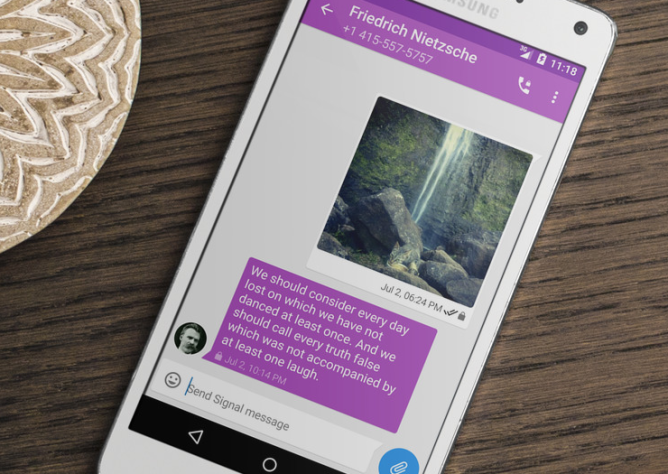 Signal is open source, and the code is available on GitHub. I appreciate that, even if I'm not going to be the person who sits down to comb through line by line. Since many users love the software enough to keep things afloat with donations, the app remains free to use.

And this time, I'm happy to say, you don't have to create a new account when you hit up the link below. Or if need be, you can grab the private messenger from APK Mirror.