Can you hear that sound off in the distance? That's the Fallout hype train picking up steam as we approach the much-anticipated release of Fallout 4 on November 10th. Bethesda released the mobile game Fallout Shelter a couple months ago, but now it has dropped a messaging app into Google Play. It's called Fallout C.H.A.T., which stands for Communications Hub and Transmitter. It's not entirely clear from the description how this app is supposed to work. Is it an SMS app? A keyboard? It's actually a standalone app with over 60 different emoji and animated GIFs from the Fallout universe featuring Vault Boy. You use the app to build your message, then share it to your chat app of choice as an image. Fallout C.H.A.T. also has a rudimentary text input system so you can include text with your emoji.

Fallout C.H.A.T. is a completely free app that you can use to express your lack of patience as we get closer to release day. It doesn't have any integration with the game itself, it's just for fun. 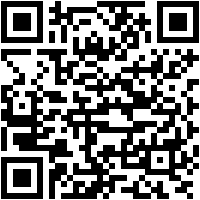