Screw Google On Tap and UI tuner, the best new feature in Android 6.0 is clearly Doze, the new portion of the OS dedicated to extending a phone's battery life when you're not using it. That said, this is Android, so of course people are going to start tweaking it just as soon as they can. There are already two apps that do just that. The bad news: they both require root permissions, so you'll need to have modified your farm-fresh Android 6.0 build already to use them. The good news: both of them might be worth the hassle of rooting all on their own. 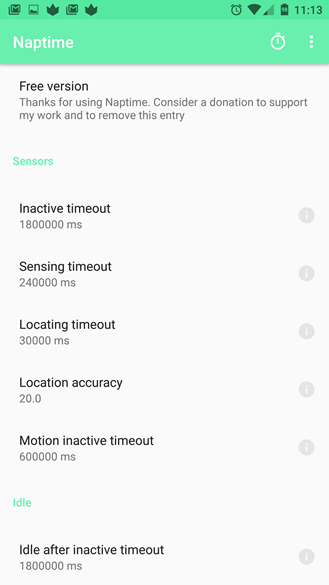 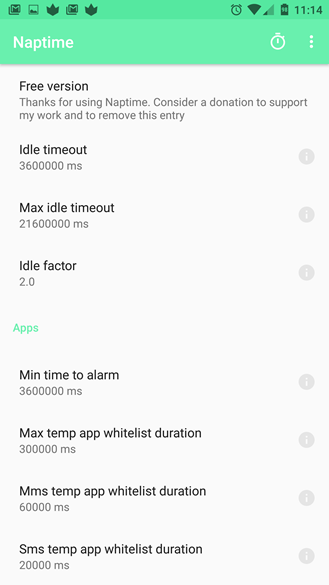 Naptime comes from Francisco Franco, the developer who made Focus and Per App Modes. It allows rooted users to adjust some of the sensors and timeouts controlled by Doze - dial everything down to maximize potential battery savings, or crank some of them up if your phone isn't as responsive as you'd like it to be. Naptime is available as a download on the Play Store. It's free with no limitations, though you can donate a buck or two to get rid of a message in the settings screen. 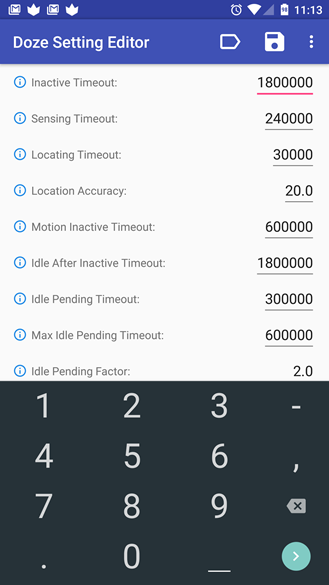 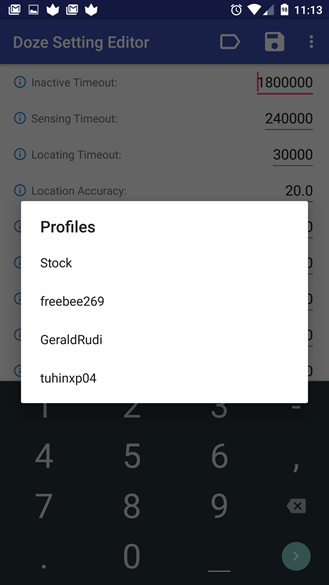 Doze Settings Editor operates on a similar idea, but at the moment it's only available as an APK download from the XDA-Developers forum. It does most of the same things, though the interface isn't quite as friendly. It allows you to save and retrieve your settings as a profile, and includes several built-in options. The app has already been revised several times by the developer. Check both of them out and see which one works best for you. 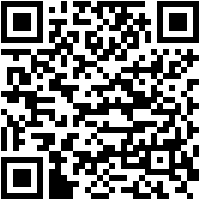