The Asus Zenfone 2 was a solid smartphone for a reasonable price, but there are some more exotic variants of the Zenfone 2 out there. Now, you can buy them in the US. I refer, of course, to the Zenfone 2 Laser and Deluxe, which have been available internationally for a while. Asus has them in stock, but other retailers are coming soon.

The Zenfone 2 Laser is similar to the regular ZenFone 2, except there's a laser autofocus module on the back. It also runs on a Snapdragon 615 instead of the Intel chip used in other Zenfones, and there's a removable battery. It comes in both 16GB ($199) and 32GB ($249) variants and is in stock on the Asus store right now. Here's everywhere it's currently listed. B&H lists November 10th or thereabouts for it to be in stock. 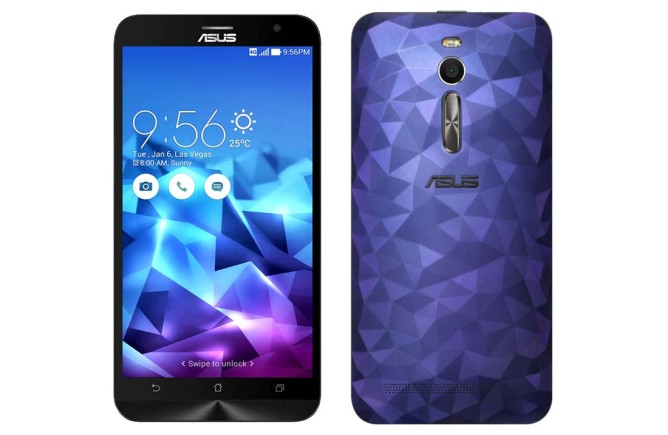 The ZenFone 2 Deluxe is basically a souped-up version of the ZenFone 2 with 128GB of storage, 4GB of RAM, and a quad-core Intel Atom SoC. This one is available in purple or silver/carbon from Asus for $399. The Deluxe will probably show up elsewhere soon.

We've got more links for the Zenfone 2 Deluxe, should you decide to buy one. Still listed as coming soon at retailers.