Google likes to tinker with the UI of the mobile version of Chrome's user interface in the Dev and Beta versions of the app. Not every change we spot in these versions makes it into the standard, stable version of Chrome, but the changes to the New Tab page that we saw back in August seem to have made their way to the front. We're getting tips and reports from dozens of Chrome users that the UI change, which swaps out six website thumbnails for eight site icons instead, is now live. 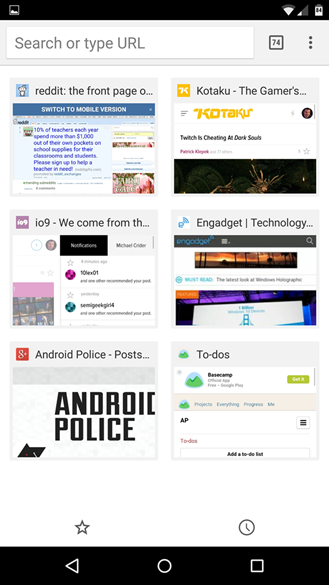 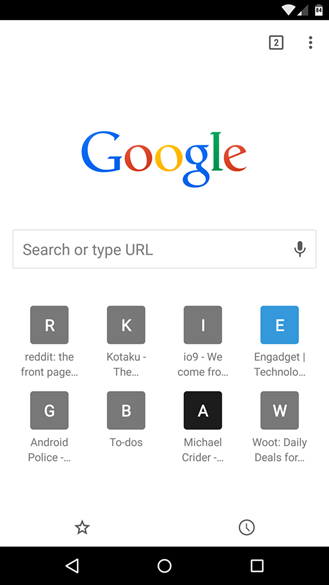 Old view on the left, new on the right.

Oddly, this isn't true for everyone - multiple Android Police team members are seeing both the old and new views on their Android phones and tablets. I myself saw the change happen earlier today. The behavior can be set manually by the user on the chrome://flags page, under the entry "Enable large icons on the New Tab page." Here's the thing: the setting is set to "Default" unless the user changes it, but we've seen both old and new views with that "Default" option enabled.

That means that either the new version of the New Tab page is being enabled server-side by Google, or that Google is performing some A-B tests at the app level. That's an unusual thing to see in a stable app, so I'd guess that Google is simply rolling out the new view across millions of Chrome users.

CyanogenMod 13 (Based On Android 6.0) Will Include Support For T-Mobile's Wi-Fi Calling

YouTube v10.43 Cleans Up Some Icons And Prepares To Add Fast Forward And Rewind [APK Teardown + ...