You dang kids. Going to "country" concerts in your Honda Civics, smoking your pot behind the port-a-potties. Back in my day* we had real country music, Johnny Cash and Marty Robbins. Not this twangy-pop garbage that pretends that all you have to do to be country is throw on jeans and a cowboy hat, while you wait for NBC to cast you as a celebrity judge on The Voice. Daggum rotten little sdfggggggggggggg...

At this point Michael collapsed on his keyboard, blackout drunk after downing two 12oz bottles of Fat Tire Amber Ale. We apologize for the interruption. Your regularly-scheduled Android Police free album post will now commence without the musical commentary.

Brad Paisley is an American country music star who's sold over 12 million albums and won the Grammy Award three times. His latest album, Moonshine in the Trunk, was released in August of last year. Normally it would cost you $10-15 for a permanent copy, but the Google Play Store is offering a special edition for free to US users. (The album might be available in other countries as well, but we can't see them from our accounts.) 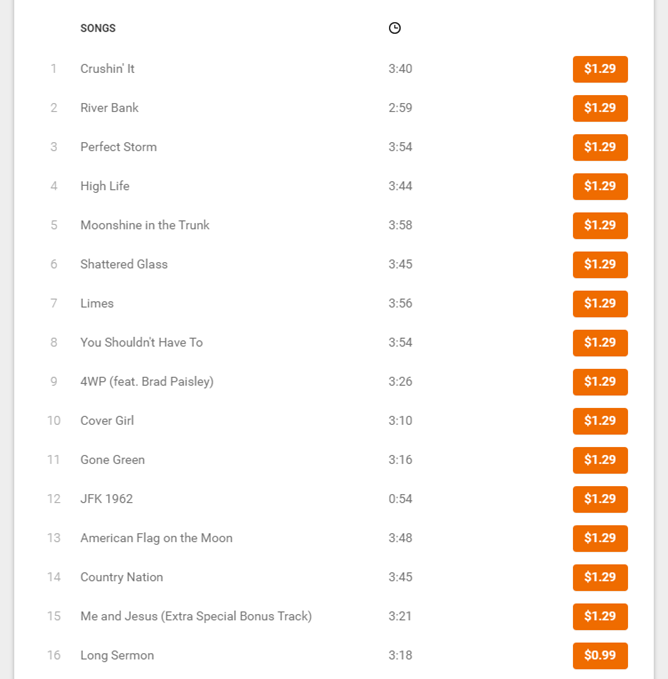 The "Google Play Special Edition" of Moonshine in the Trunk includes all 15 songs from the standard version, including the album-exclusive track JFK 1962, plus a bonus track called Long Sermon. Add it to your Google Play account and you can access it for free from any Android or iOS device or on the web. A subscription to Google Play Music Unlimited is not required.