The Nexus 5X had a surprisingly good repairability score of 7 when it was examined inside out by iFixit, but the Nexus 6P... not so much. In the teardown for this device, the aluminum unibody 6P was found to be very difficult to open and disassemble. Even "simple" repairs of this device are far from simple for most people.

Just getting into the Nexus 6P comes with risk of breaking something. The screws that hold the device together are under the plastic panel at the bottom and the Gorilla Glass cover at the top. Both are glued down, and it would be easy to crack the glass panel removing it. The screen and all the innards pop out of the back as a single piece once you free them, making it hard to replace pretty much anything. The battery is at least visible on the rear of the assembly, but it's glued in very well. 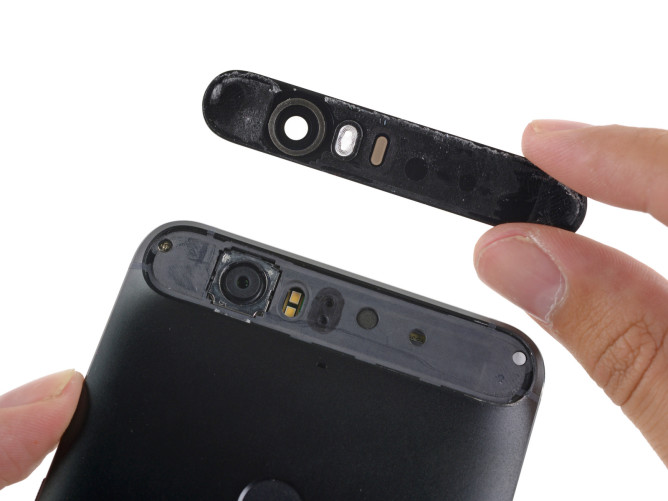 Interestingly, the Nexus Imprint sensor is a different piece of hardware in this phone compared to the 5X. The sensor itself is square, so the circular profile is only due to the shape of the opening on the rear panel. There's also a Qualcomm power control IC in there, just like the 5X. Still no support for regular Quick Charge, though. One small mercy is that the USB Type-C port is on its own little daughter board that can be replaced, rather than soldered to the mainboard.

Basically, any repair of the Nexus 6P is going to suck. Swapping out a broken screen will require you to disassemble the entire phone. This device got a repairability score of 2 out of 10 from iFixit, which is not really surprising for an aluminum unibody phone. It's the same as the HTC One M9. Hopefully you got Nexus Protect.