Sending out updates through the Play Store can be a frustrating experience for users and developers alike. Just because a publisher says the update is out now, that doesn't mean it is. The app goes through processing, then it goes out at the speed of Google.

Now developers will have more control. Google is giving them the ability to control when an update goes live. Those that opt for timed publishing will still have to have their apps processed, but after that, sending the goods out to everyone is simply a matter of pressing the Go live button.

Timed publishing isn't available when launching a new app for the first time, nor does it get rid of staged rollouts. Users will still have to go elsewhere to re-download older versions of an app or get access in countries and on devices that are shown as incompatible in the Play Store. In short, #apkplz continues. But at least when a developer says an app update is now available, it probably is.

Here's what the timed publishing UI looks like on the backend (thanks, Gergo): 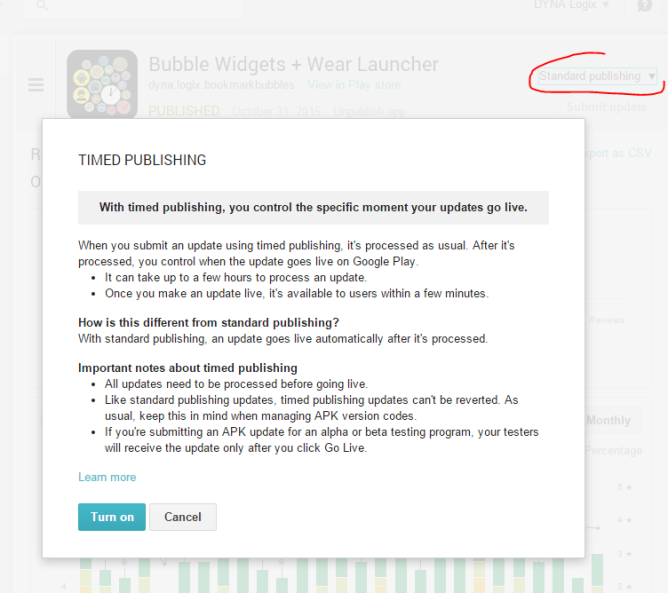 Console And PC Shooter Titanfall Will Come To Android In 2016, Probably As A Freemium Game