A few weeks ago, the company announced the K380, another sub-$50 entry into its multi-device lineup ($40, to be exact), this time with a much more streamlined form factor than the K480. This one doesn't feature the built-in tablet/phone stand like the 480, making it much smaller and slimmer, so it's even easier to take anywhere you may need a keyboard. But the compact size also has its drawbacks, like the lack of oft-used keys (for me, at least) such as home and end. Otherwise, it's a solid little piece of kit. 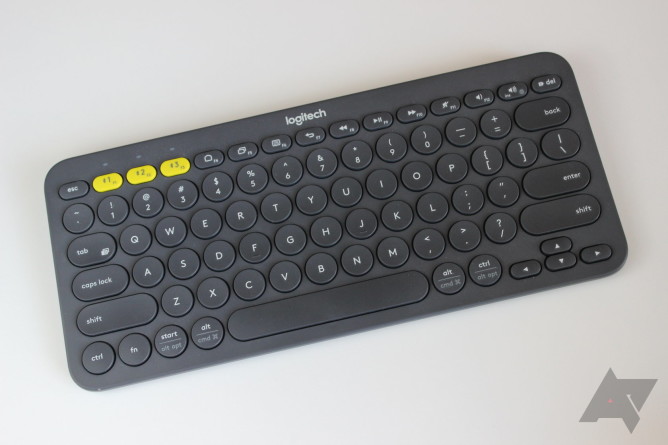 Logitech is marketing the K380 as a keyboard that can do basically anything — the slogan for it is "Say it all. On virtually any Bluetooth device.", which kind of shows the direction they want to go here. The marketing slides and videos show the keyboard being used in a variety of situations in varying locations, but pretty much every one of them shows the keyboard being carried, never thrown into a bag. While I'm not one to read into every little thing and pick it all apart, I think that pretty much sums up how Logitech plans for folks to use this keyboard: at the desk, on the couch, or in the kitchen. In other words, they expect people to use it around the house. This kind of puts it in competition with the K480, though I can see why many people would rather have the K380 instead — the execution here is a lot cleaner, and toggling devices with buttons (rather than the dial on the K480) is a lot quicker and more efficient in my opinion.

Typing on the 380 is an interesting experience. It has round keys, which actually do feel quite a bit different than square keys; it's not any more difficult to type on, but the sensation of typing is noticeably unusual. Otherwise it's actually really nice to type on, especially considering the price. The keys have a very good amount of travel, and touch-typing is really no different from a full-size keyboard…at least until you go to hit home, end, insert, or delete. Basically, home and end don't exist on the 380, insert is a function key, and delete is a little-bitty key above the backspace key. It takes some getting used to, to say the least. It also features a full row of keys for Android, including home, recent apps, menu, back, and a full set of media/volume controls. The latter also work on other OSes in the way you would expect, while home opens a new Chrome window, recent apps is basically alt+tab, and the menu key opens the right-click menu on Windows. Still all useful, even if only a little bit.

I think the most impressive feature of the 380, though, is just how damn quickly it transitions between Bluetooth connections. Switching from a PC to my phone was almost instant — in many cases I was able to hit the button for the particular device and just start typing. Even if there was a slight lag, it caught up quickly.

Overall, I think the K380 is a good keyboard, especially if you're looking for an inexpensive multi-device keyboard to keep on the desk or in the living room. With a little bit of adjustment, it could ultimately become a decent full-time use keyboard, too. Personally, I'll stick with a traditional full-size keyboard for my day-to-day typing, but if you don't type as much as I do, then this is a very good, versatile option. 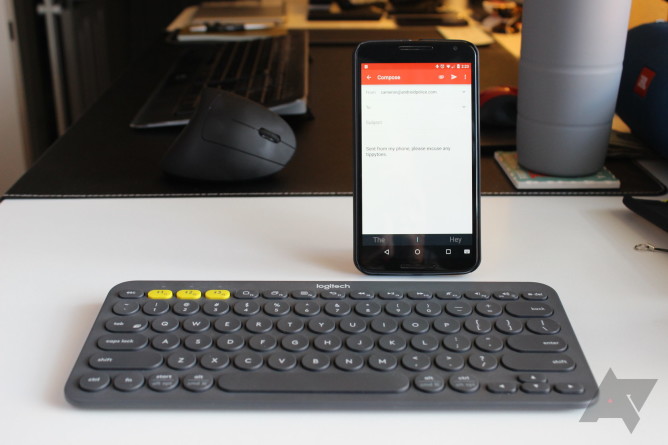