Shatter-proof screen? Check. Ginormous battery? Check. High-end rear camera? Check. Latest version of Android? [???fix later]. This is the story of the DROID Turbo 2 and Maxx 2, which were just announced today, October 27th, 2015, 22 days after Android 6.0 Marshmallow's source code was made publicly available, and multiple months since OHA members have had development source available to them for updates and new devices. Can we see why this is a problem? I hope we can see why it is a problem.

Here's the thing, Motorola. You're already in hot water with loyal customers because of software updates, and many more such customers are now worried that their devices, too, will end up abandoned before their time. Then today you went and announced two brand-new, high-volume smartphones... running an old version of Android. Phones that are sales cornerstones in the American market for your company. Phones that likely have pretty solid profit margins. Phones that define your brand to many people.

Let's put this into perspective, shall we? Motorola is owned by Lenovo, a very large and successful company that makes a fair bit of money. One of their competitors is HTC, a company that loses money with the vigor that an old Fiat loses fluids and, I can only assume, is at the point of renting out desk space to passing raccoons and circus performers and getting ready to take out a third mortgage on the grounds-keeping shed. I have also heard from a reliable source familiar with the matter (as you do) that Peter Chou's actual new job is rummaging around in dumpsters for half-eaten sandwiches which, fact, are still perfectly good. But just in case you're a stickler for "information" and want it in "numbers": HTC is worth roughly one fifth of what Lenovo is. 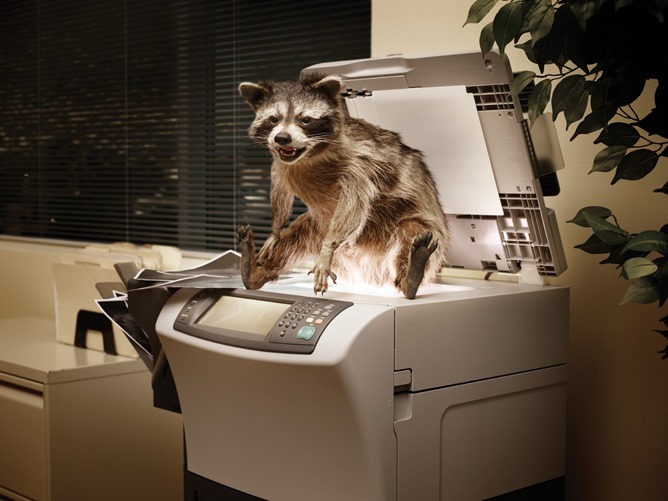 Trivia time! Which company is launching a brand-new phone with Android 6.0 very soon? (Hint: it's the money-leaking raccoon sanctuary.)

Motorola was quite shy, those bashful little devils, about advertising just which version of Android their new Verizon-branded devices would be launching with during today's event. In Verizon and Moto's presentation, the version of Android the Maxx 2 and Turbo 2 are running was mentioned zero times. Number of times future software updates were mentioned? You guessed it. The word "marshmallow"? CTRL+F "marshmallow": 0 of 0. Obscure David Bowie references? Sadly, also zero.

Of course, Android OS versions are an enthusiast sort of thing. No need to mention them in the big press conference, right? Save that for the official blog posts. Oh wait - they aren't there, either.

The Android version appears on the spec page for each phone, but nowhere else is it mentioned. Nor are future updates of any kind. Because Motorola knows that as the smartphone company which got such a reputation for quick software updates, it is embarrassing to launch a phone with an OS that is now well over six months old. Nowhere on any page does Motorola even mention anything about software updates or Marshmallow, because Motorola probably knows all too well that the Verizon Update Certification Clusterfuck Machine (VUCCM, for those in the biz) is all but guaranteed to let down the consumers Motorola has already let down some more. Verizon, to its credit (I guess?), does mention the phones will be "upgradeable" to 6.0.

But until Motorola speaks up about Marshmallow in a concrete way, i.e. provides an actual timeline, you should not buy either of these phones. They really should not have launched with Android 5.1 in the first place, Motorola. You talk about freeing up your devices from carriers so you can better support customers, but you wouldn't dare throw away your DROID deal with Big Red, even if it makes a fool of you - because that deal makes you money. And that's really what this comes down to.