It doesn't matter how many times I try other keyboards, I can never seem to find anything better than SwiftKey. I've been using it for a few years now, so I've seen nearly every evolution of the keyboard, and I dig using the beta since it gets me in on the action just a little bit earlier than the "stable" version.

Let's take today's update for example: SwiftKey is launching version 6.0 of its keyboard into the beta channel, and it's a big one. The company has not only revamped the emoji panel (which I will readily admit is the least exciting thing going on here in my opinion), but it has also completely resigned the settings menu to be more intuitive and prettier — if you're a longtime SK user, it's actually a bit of a shock at first. It's a pretty dramatic difference: 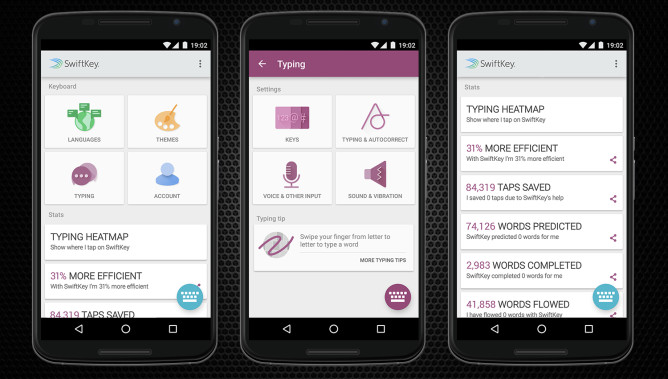 Otherwise, there's one more new feature here: double word prediction. At first blush I misread this and assumed it would start to detect the same word two times in a row and remove one of them (which really didn't seem very cool at all), but that's definitely not what's going on here. SK will now use its insanely accurate prediction engine to not only detect the next word you're likely to use, but the next two words. It doesn't do this all the time, however, just when it thinks there's a good chance it "knows" what you're going to say. It's actually pretty freakin' awesome. The 6.0 Beta build is available now in Google Play, and SwiftKey has made the beta program publicly available. No more having to join in order to test -- just install it and away you go.