Since launch, users have been able to download the Samsung Pay app from Samsung's own dedicated app store. But since enough people aren't aware that place exists, the app inevitably must make it to Google Play as well. And here it is. 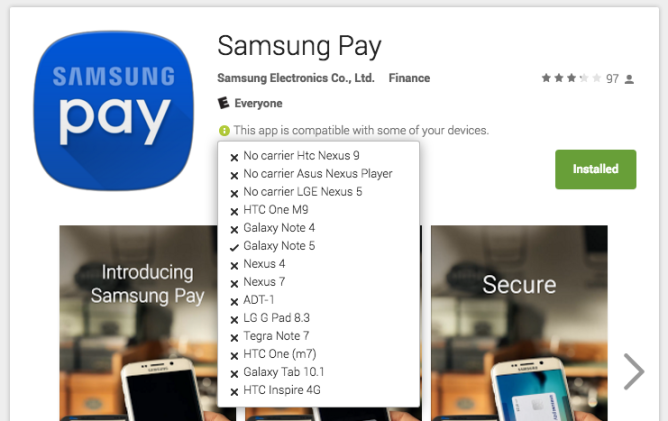 The app made a brief appearance on the Play Store yesterday, as someone apparently pulled the trigger too early. Today is the intended launch date for the app.

The Play Store version doesn't yet match the one available in Samsung's store. When you first run the app after installation, it prompts you download the later version from Samsung. So really, the only reason for this Play Store page to exist is to increase your likelihood of coming across the app. 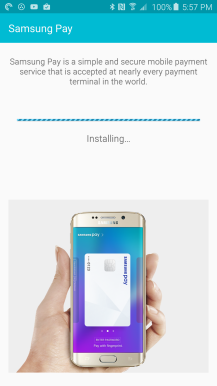 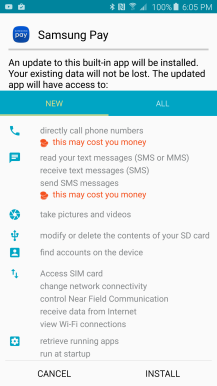 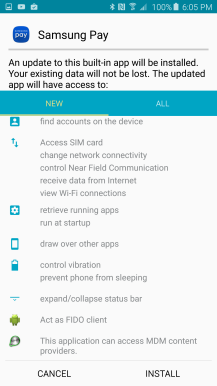 Samsung Pay went live at the end of last month, and following Verizon's latest OTA update, the mobile payments method is now open to customers on AT&T, Sprint, T-Mobile, US Cellular, and Verizon.

Nana Murugesan, VP of Strategy and Operations, Samsung Electronics America released to the following statement on the new partnership with Verizon: "We are proud to partner with Verizon to bring Samsung Pay to Verizon customers. With Samsung Pay, Verizon customers will be able to shop like yesterday and pay like tomorrow. With the widest acceptance of retailers, Samsung Pay works almost anywhere you can swipe or tap your card."

Let me know if you plan on covering Samsung Pay's partnership with Verizon, or if you need any additional details.

5 Months After Launch, Google Photos Has 100 Million Active Users Who Love To Take Pics Of ...