SamMobile has published some very press-quality photos of Samsung's alleged upcoming 18.4" tablet today, and while confirming the hugeness of the thing, it looks like we can now confidently say the Galaxy View does indeed run Android. It also has a big-ass handle because portability or something. Look at that thing. It's positively meaty. 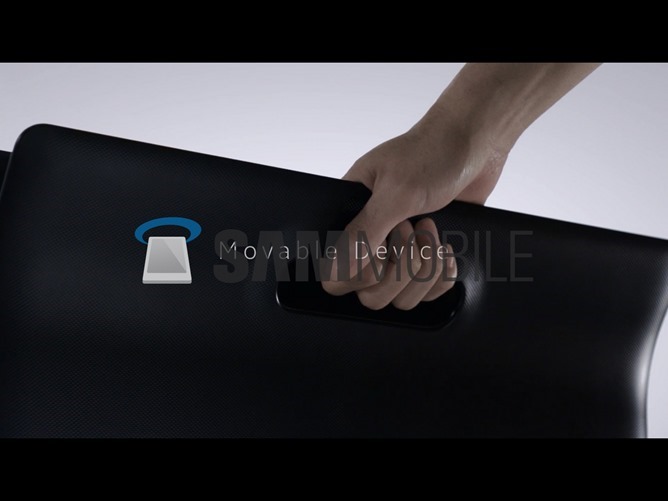 Handle aside, the [I assume removable] plastic attachment thingamajig also serves as an adjustable stand for the mega-tablet, allowing it to be propped up in various positions for your tablet-computing pleasure. We're also seeing what looks like a microUSB port, a headphone jack, and, yes this is going to hurt, a proprietary charging port. This is the same iconography Samsung used on its laptops for the charging port, so it looks like this mega-tablet will require a mega-proprietary mega-charger for its mega-battery. Mega-bummer. 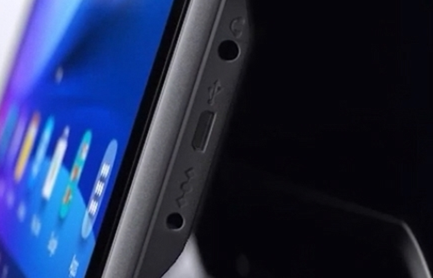 That means the microUSB port is probably just for peripherals. While SamMobile's images don't show the entirety of the device's various edges, I'm also not seeing any full-sized USB ports or video-out ports, so this thing seems to be a strictly media-consumption-oriented kind of device at this point. As for the whole Android thing, the virtual navigation buttons are pretty much a dead giveaway. I also think I see an obscured Play Store icon - third from right on the image above. 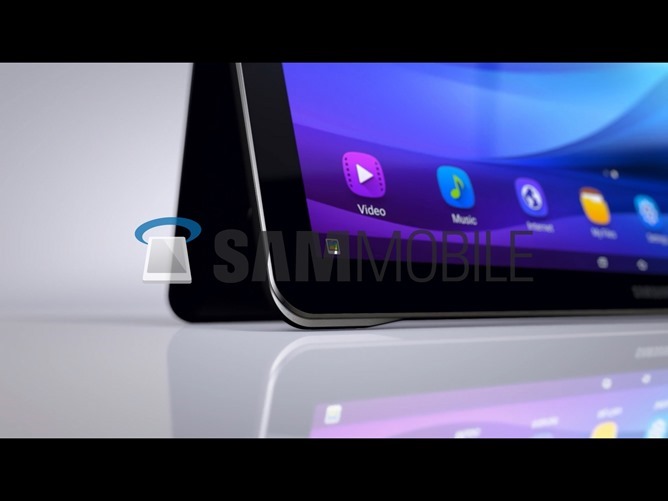 The images SamMobile leaked don't include any shots of a keyboard, which is odd for something this large, but perhaps Samsung will promote peripherals separately. After all, there's little doubt that Samsung is going to try to position this as a portable productivity tablet on some level to compete with the iPad Pro. What remains to be seen is where the Galaxy View will be sold and what it will cost - key indicators of just how much weight Samsung is putting behind the project. For more images, hit up the source link below.