Google started testing a new way to display star ratings in the Play Store client a few weeks ago, and now it looks like the change is rolling out to everyone. Open your Play Store app, and you might notice app rating stars are displayed numerically throughout the store. 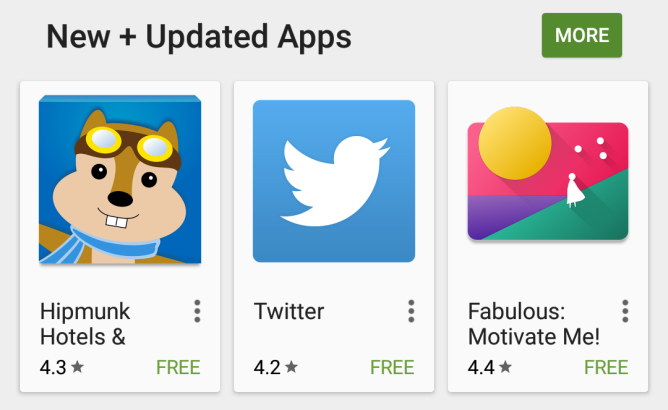 The old way of displaying ratings was to have the outlines of five stars and fill them up based on the rating. The new version has a star with a number next to it, indicating the rating on the same five-star scale. It's more glanceable than the old one. The only place you still see the five stars filled in is on the individual app listing pages, but those also have the numerical value. See below for an example of the old version.

Judging by the number of tips we're getting, this is currently rolling out widely. All of my devices have the new look, but not everyone is seeing it yet. Clearing data from the Play Store client might force the change. Otherwise, it'll show up sooner or later.